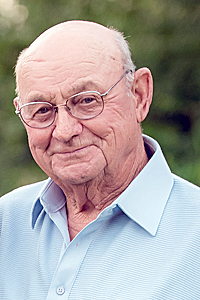 Virgil Mourlam, 89, of Woolstock, died, Sunday, November 25, 2018 at Southfield Wellness Community. A Mass of Christian Burial will be held at 10:30 a.m. on Thursday, November 29, 2018 at St. Thomas Aquinas Catholic Church in with Father Stephen Meyer, officiating. Burial will be at French Cemetery, east of Woolstock following the services. Visitation will be held on Wednesday, November 28, 2018 from 4:30 p.m. to 6:30 p.m. at Foster Funeral and Cremation Center, with a 4:15 p.m. Rosary followed by scripture service.

In addition to his parents, he was preceded in death by granddaughter, Katie Haugen; sister, Dorothy Horn; brothers, Louis Mourlam Jr. and Duane Mourlam.

Virgil was a member of St. Thomas Aquinas Catholic Church, Knights of Columbus and was on the Parish Council. He was the past President of Woolstock Coop for 20 years, a member of the Eagle Grove Coop, a 4-H Leader, on the 4-H Youth Committee, and coached little league baseball.