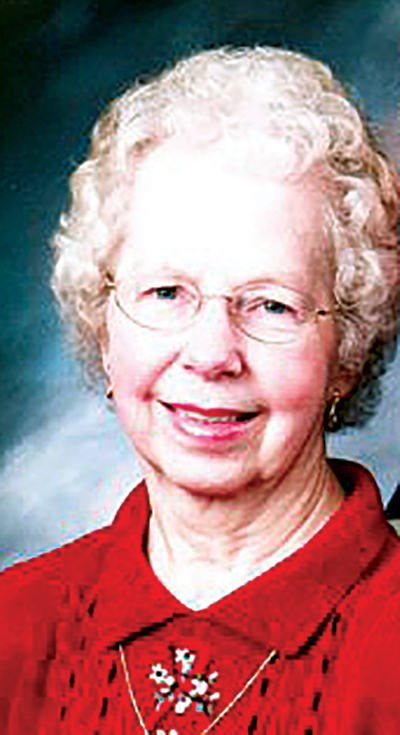 Martha McCollough, 80, of Webster City, died Saturday, November 17, 2018 at Van Diest Medical Center. Funeral services will be held Wednesday, November 21, 2018 at 11:00 a.m. at Faith United Methodist Church with Pastor Jan Burnett, officiating. Burial at Cass Center Cemetery will follow the services. Visitation will be held on Tuesday, November 20, 2018 from 4:30 p.m. to 6:30 p.m. at the church.

Martha Mae Anderson, the daughter of Ben and Margaret Shafer Anderson, was born on January 27, 1938 in Randall. She graduated from Randall Consolidated Schools. Martha married Keith McCollough on March 8, 1957 at the Little Brown Church in Nashua. She was the bookkeeper for McCollough Bros Service Station for over 50 years.

In addition to her parents she was preceded in death by her grandson, Gabriel Reisen and sister, Grace Anderson.

Martha was a member of Faith United Methodist Church. She enjoyed collecting Department 56 houses, genealogy, puzzles, traveling to Branson and supporting Keith in his many collections. She was a past Girl Scout Leader and was known for her 7-layer rainbow jello dessert.

In lieu of flowers, memorials may be left to the family.