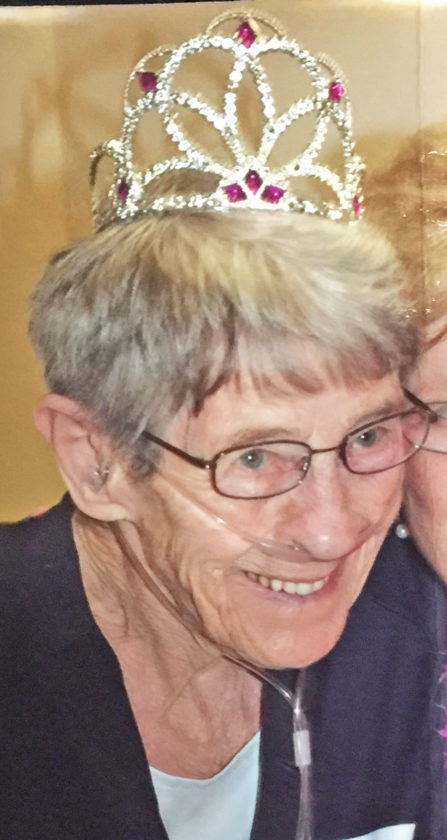 Margaret Roseann Lowrie, of Irish descent, was born the exact date as Queen Elizabeth, but in Webster City, IA rather than England. She graduated from Lincoln High, Class of ’45, in Webster City. Margaret married Emmitt (Bud) Sager in March of 1949. Margaret worked a variety of jobs while in Webster City, including Jensen’s Drug, Browns Cafe and the Hamilton County Hospital, where she worked until she and Bud moved to Shakopee in 1970.

Bud worked for Scott County in charge of maintenance and road equipment until shortly before his death December 31, 1997. Margaret worked for Allina Health Systems in Shakopee for many years, retiring in approximately 2000. Margaret walked everywhere in Shakopee as she never had a driver’s license. Neighbors could always see her walking, rain or shine, to volunteer at Sweeney Elementary School, St. Francis Hospital, taking canned goods to St. Mark’s or just out to get her exercise, sharing her smile and great sense of humor. Margaret was so appreciative of all the friends from work, her neighborhood and those from Iowa who continued to maintain contact with her after her retirement and after her move from Iowa so many years ago.

Margaret is preceded in death by her husband, Bud; as well as her granddaughter, Cristine Gronner, age 57, who died September 14, 2018.

Margaret had a great many charities that she supported. If you want to honor her, you may send a memorial to The American Lung Association or because her books and her kitty, Bootsy, made her life happy throughout, you may also choose a memorial in her honor to the Shakopee Public Library or Animal Humane Society.