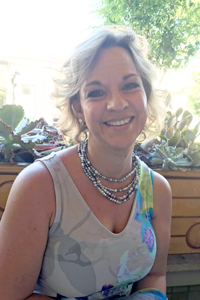 Julie Ann Gilbert-Leed, the daughter of Ron and Connie (Gollob) Gilbert, was born on March 15, 1973, in the middle of a snowstorm in Fort Wayne, Indiana. She attended Webster City Schools, graduating with the class of 1991. One of the highlights of her high school career was being a Lynx cheerleader. Julie would continue her education at Iowa Central Community College and Iowa State University graduating in 1995 with a bachelor’s degree in Child and Family Services.

Julie locked eyes with Ryan Leed in September of 1991, the couple were joined as one on June 4, 1994, in Webster City, Iowa. The couple purchased their first home in Webster City in 1995 and Julie had the joy of operating Koality Kids Family Daycare in her home for a year.

In 1996, Julie then had the opportunity to help her folks with the family’s business at Gilbert Jewelers. The couple relocated to Peoria, Illinois, in 1998 so Ryan could further his career in aviation. From 1998-2000, they lived in Chicago, Illinois, where Julie continued to run her in home day care.

In 2000, they moved to Ida Grove, Iowa and after the birth of her son Garrett, she started Happy Family Day Care out of their home. Julie was an avid believer in health and wellness. She had the opportunity to work in direct sales, with most the recent as a Market America business owner.

Music was a large part of Julie’s life and she treasured praising her Lord through worship. She has always had a heart to care for and minister to children. It filled her cup to be involved in church activities, teach Sunday School and direct Awana Sparks. Often times she opened her home to many neighborhood children and gave of herself unconditionally. Julie would literally move mountains to meet the needs for others, a faithful prayer warrior, and an encourager for those with struggles.

Julie adored her children and was their loudest cheerleader and supporter in all of their amazing adventures. Julie’s happy place was Hawaii, which she had visited numerous times throughout her life. A recent activity that Julie enjoyed with her family was spending time in the great outdoors camping.