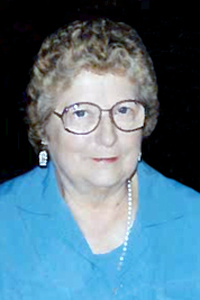 Shirley M. Wangler, 90, of Webster City, died on Saturday, September 29, 2018, in West Des Moines. A Mass of Christian Burial will be held on Thursday, October 4, 2018, at10:30 a.m. at St. Thomas Aquinas Catholic Church, with Reverend Stephen Meyerofficiating. Burial will follow the services at Calvary Cemetery. Visitation will be atFoster Funeral and Cremation Center on Wednesday, October 3, 2018 from 5:00 p.m. to7:00 p.m., with 4:30 p.m. Rosary and 6:45 p.m. Scripture Service.

Shirley Marie Short, daughter of Orin and Erma Foster Short, was born April 27, 1928,on a farm north of Webster City in Cass Township. She graduated from Webster CityHigh School in 1945. She worked for the Webster City Community School District from1945 to 1949. On June 22, 1949, she married Gerald Francis Wangler in Webster City.She and Gerald raised a family of five children and farmed southwest of Webster Citynear Homer. Gerald died suddenly on March 19, 1974. Shirley then moved into Webster City and was elected Hamilton County Recorder. She was elected for three more terms,serving from 1975 to 1990. Shirley moved to Des Moines in 1997 to be close to herfamily and friends.

Shirley was devoted to her family, and was the ideal farm wife. She kept a garden and hercanned fruits and vegetables were the best. Her dinner rolls were legendary. We all have her recipe, but no one can make the rolls like Shirley could; she had a certain touch.

In addition to her husband, she was preceded in death by her parents; daughter MaryWangler; brother Estle Short; sisters Viola Crosby, Vesta Lowish, Leila Wemhoff and Phyllis Richardson; and son-in-law Todd Asher.

Condolences may be expressed online at www.fosterfuneralandcremation.com