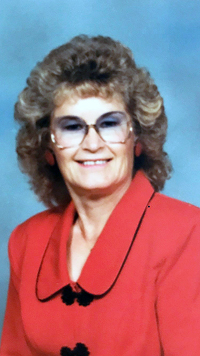 Ruth “Dolly” Silvest, 83, of Radcliffe, passed away Friday, October 5, 2018 at the Hubbard Care Center. Funeral services were held 1:30 PM Wednesday, October 10, 2018 at St. Paul’s Lutheran Church in Buckeye. She was laid to rest in the Buckeye Cemetery. Woodley Funeral Home, LLC of Iowa Falls is caring for the family.

Ruth Anna Mae “Dolly” Janes was born on February 9, 1935 to Ollie and Anna (Naber) Janes. She attended country school and graduated from Radcliffe High School with the class of 1953. In November of 1953 she was united in marriage to Raymond Wesley Silvest in Eldora, Iowa. Dolly was a homemaker and farm wife, working alongside her husband for many years. In earlier years, she loved taking trips with Raymond on the motorcycle. She also enjoyed roller skating, horse riding and showing horses. Dolly liked working outdoors and picking up sticks. One of the most important things in her life was spending time with her grandchildren.