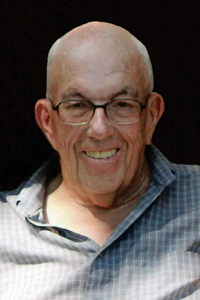 Robert “Rob” Ubben, 71, of Blairsburg, died Thursday, September 27, 2018 at Van Diest Medical Center. Memorial services will be held on Sunday, September 30, 2018 at 4:00 p.m. at Community Church of Kamrar. Visitation will be held on Sunday, from 2:00 p.m. until 3:30 p.m. at the church. Foster Funeral and Cremation Center is caring for the family.

Robert Eugene Ubben was born on May 13, 1947, in Ames, IA. He is the son of Arend and Myrtle (Hegland) Ubben. Robert graduated from South Hamilton High School in 1965. On October 17, 1967 Rob began his service for the U.S. Army in the 1st Calvary. He was wounded in Vietnam and received the Purple Heart. He completed his service to his country on November 19, 1969. Rob received the National Defense Service Medal, Purple Heart and Vietnam Campaign ribbon. He married Rosemary West on October 30, 1970 at the Presbyterian Church in Kamrar. Rob worked at the Story City and Jewell Co-ops, Growmark Williams Seed Plant FS and Remington Seed. He retired in 2009.

In addition to his parents, he was preceded in death by his brother, Dean Ubben.

Robert was a member of the Community Church of Kamrar.

Condolences may be expressed online at www.fosterfuneralandcremation.com