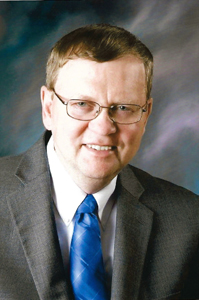 Kermit Jon Luiken, son of Lyle and Dorothy Barker Luiken, was born January 4, 1948 in Oelwein, Iowa. He graduated from Webster City High School in 1966. Kermit then graduated from Iowa Central Community College in 1968 and Buena Vista University in 1970. He served his country in the Air National Guard.

Kermit married Colleen Bechtel on August 1, 1971 at the Episcopal Church of the Good Shepherd. Kermit worked at Morton Foods and Bishop Implement before starting at Hy-Vee, where he worked as a Meat Specialist for over 45 years, retiring in 2016.

In addition to his parents, he was preceded in death by mother-in-law, Doris Bechtel; and sister-in-law, Stephanie Luiken.