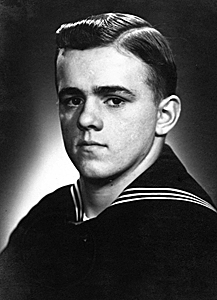 He began his 27 years of Naval service during WWII and went on to accomplish five combat tours, one in Korea and four in Vietnam. He flew 100 combat missions off the coast of North and South Korea and 152 combat missions in Vietnam. Ken later served as a flight instructor, ship board officer and fighter pilot. During the height of the Vietnam conflict, he completed 19 months as the Commander of Air Wing-10 on board the USS Intrepid (CAG) and was honored with two Silver Stars.

He was preceded in death by his parents and his wife, Winona, as well as his brothers, Donald William Burrows and Robert Leo Burrows.

Ken enjoyed woodworking and golf and was active at Calvary Chapel Church and the Elks Lodge in Cedar City, UT. Ken and Barbie shared their lives between Las Vegas, Cedar City, and the world. Ken completed a lifelong goal of visiting all 50 states and together with Barbie, traveled to five continents. Barbie calls Ken her “Captain who took me across the Bering Sea.” His was a life fully lived and he will be greatly missed.

Interment with military honors will take place in the National Veterans Cemetery in Miramar, CA on Friday, October 12, 2018 at 9:30 am. Arrangements are under the direction of Southern Utah Mortuary. Online condolences can be sent at www.sumortuary.com.