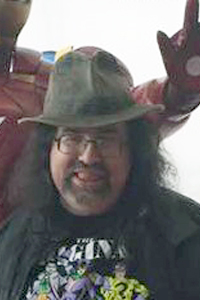 Joe Brown, 44, of Ankeny died Monday, October 22, 2018 at Mercy Medical Center in Des Moines. Funeral services will be held at 7:00 p.m. Sunday, October 28, 2018 at Foster Funeral and Cremation Center in Webster City. Visitation will be from 5:00 p.m. until the service on Sunday at the funeral home.

Joseph Benedict Brown, son of Robert and Bernadine Pierce Brown, was born, June 29, 1974 in Springfield, Mo. He graduated from Webster City High School. He was employed with Putco Truck Accessories in Ames for 18 years.

Joe was preceded in death by his father, Robert and sister-in-law, Tina Brown.