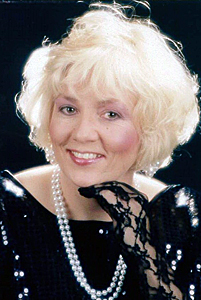 Elaine Carol Griffith was born January 17, 1949, the daughter of Jack and Delores Griffith. She was born and raised in Webster City, graduating from WCHS in 1967. Shortly thereafter she was hired in the circulation department of the Daily Freeman Journal where she remained employed for 21 years. She went on to work at Van Diest Supply Co. in the formulation department for 21 years until her retirement in 2011.

Elaine was previously married in 1969, to which a son was born, David Scott Elsberry.

She met the love of her life, Lenny Carlson, and the couple was married in 1995 at Faith United Methodist Church in Webster City. The couple resided in Eagle Grove until this fall, moving to WC. They were foster parents for many years and in 2008, were blessed to adopt two children, Kya and Kayne.

Elaine enjoyed traveling with her family to new places, camping, fishing and boating together. She cherished her time with family and was a dear friend, always willing to help others in whatever way possible. She was a volunteer at KJYL Christian radio, a member of the Women of the Moose, the KYN Ladies Club, a green belt in karate, was active with the high school youth group at Faith United Methodist Church, frequently provided suppers for the junior and senior youth groups of the Eagle Grove United Methodist Church, and was a hands-on Cub Scout and Boy Scout mom. Her homemade meals and baked treats were a favorite of many.

Preceding her in death were her parents; brother, Mike and mother-in-law, Verla Carlson.