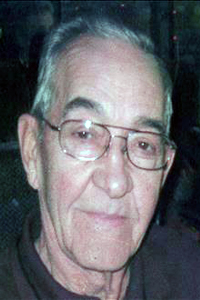 E. George Jacobson, 87, of Fort Dodge and formerly of Duncombe died Sunday, October 7, 2018 at the Crestview Nursing and Rehabilitation Center in Webster City.

Memorial services will be 10:30 a.m. Saturday, October 13, 2018 at Washington Lutheran Church, Duncombe with Rev. Craig Miller officiating. A visitation will be 5:00 to 7:00 p.m. Friday at Laufersweiler-Sievers Funeral Home.

He is preceded in death by his parents; infant brother, Duane; siblings, Audrey Allen; Marie Bangert-Schossow and Curtis Jacobson.

Edward George Jacobson was born July 28, 1931 in Webster County on a farm near Duncombe to Ole Leonard and Mildred E. (Lande) Jacobson. He attended country schools in the Duncombe area. On March 7, 1954, he was united in marriage to Evelyn Sterns at Epworth Methodist Church in Fort Dodge. He was an active member of Washington Lutheran Church in Duncombe. Many happy years were spent farming. George semi-retired in 1995, He enjoyed traveling, helping and spending time with family and friends.

Memorials may be left to the discretion of the family.