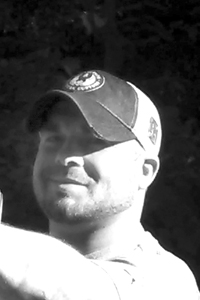 Josh Humphrey, 34, of Webster City, died September 5, 2018 at Mercy Medical Center in Des Moines. Memorial services will be held at 5:00 p.m. on Thursday, September 13, 2018 at Foster Funeral and Cremation Center. Visitation will be held one hour prior to the service on Thursday at the funeral home.

Joshua Curtis Humphrey, son of Terry Humphrey and Brenda Anderson, was born October 31, 1983 in Webster City. He married Andrea Bakken on May 14, 2016 at Dolliver Park. Joshua was employed at True Value Hardware.

Josh was preceded in death by his father, Terry Humphrey; grandparents, Kenneth and Jean Anderson and aunt, Doresha Anderson.

Josh was a die-hard Chicago Bears fan. He enjoyed spending time with his family, pheasant hunting, fishing, working in his garden and could be found at 2nd Street Fitness every morning. Josh was also a member of the Cherokee Nation.

Condolences may be expressed online at fosterfuneralandcremation.com.