Soon-to-be WCHS?grad goes back to her roots for special ceremony 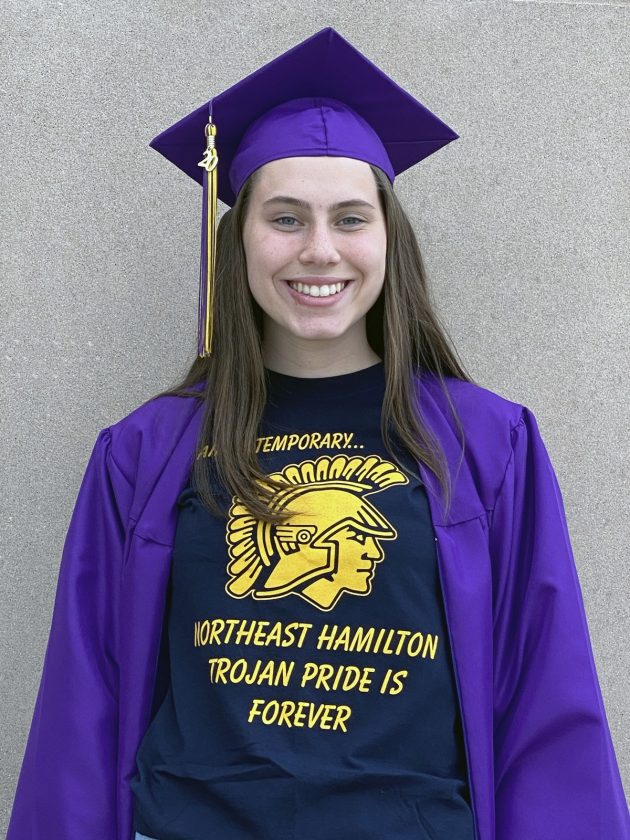 Adalie Schwandt will sometime soon receive her diploma as member of the Webster City High School Class of 2020. But in her heart of hearts, she’ll always be a Northeast Hamilton kid.

She received a unique chance to return to her roots last evening.

At the request of her former kindergarten teacher Janelle Oakland, Schwandt was a special guest at Northeast Hamilton’s kindergarten graduation. Wearing her own WCHS cap and gown, she was on hand to help congratulate the young students and offer some encouraging words.

“I think it’s really neat that the little kids get to see us and have something to look forward to in the future,” Schwandt said. “If we can do it, they can do it too. And I went to Northeast Hamilton, so that adds another element into making it feel like I’m back home.”

Schwandt was one of eight students — seven girls and just one boy — in her Northeast Hamilton class when the school entered into a sharing agreement with Webster City prior to the start of her eighth-grade year. A multi-sport athlete, Schwandt began competing with Webster City students a year earlier and that made the transition to the new school less dramatic, she said. 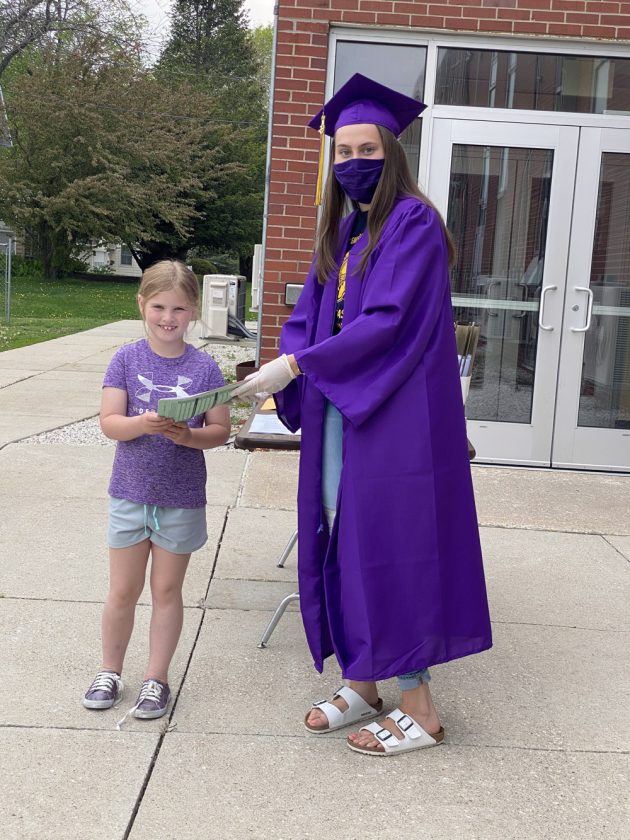 “It helped that I had played sports (at Webster City) in the seventh grade, so I knew some of the people already,” she said. “It’s the same with the younger kids now. They’re in Little League with kids from Webster City, so they’re already getting to build those relationships with the young people.”

The larger class sizes at Webster City were a bit intimidating at first, Schwandt admits, but eventually it began to feel like a second educational home.

“It was kind of difficult in the beginning just because there were quite a few more kids, but there was also more diversity,” she said. “There were more people involved in sports and more people that were involved in the things that I wanted to be involved with. Once I transitioned in, they made me feel welcome.”

Schwandt was a three-year starter for the WCHS volleyball team, as well as a key contributor on the basketball court for the Lynx. On the volleyball court, she bashed 672 kills during her career and led the team from the front row as a junior and senior. She also accumulated 315 digs, 140 blocks and 35 service aces.

Schwandt continued to play club volleyball during the winter months, often traveling to Ames for practice in the evenings following basketball practice. She long held a desire to continue to play at the collegiate level, but ultimately decided that the next chapter of her life was more important.

“I really wanted to play volleyball in college, but I’ve always had a strong passion for education,” Schwandt said. “But someday I hope I can share my love for (volleyball) with other kids so that they can develop the same passion I have.”

Schwandt intends to enroll at the University of Northern Iowa in the fall and major in elementary education. She’d like to teach first grade and become a coach in the future.

It was Schwandt’s early start at Northeast Hamilton that helped to mold her. No matter where the future takes her, that will always be her first home.

“I feel like Northeast Hamilton will always have a special feel,” she said. “You always felt like you got the help you needed in the classroom.”