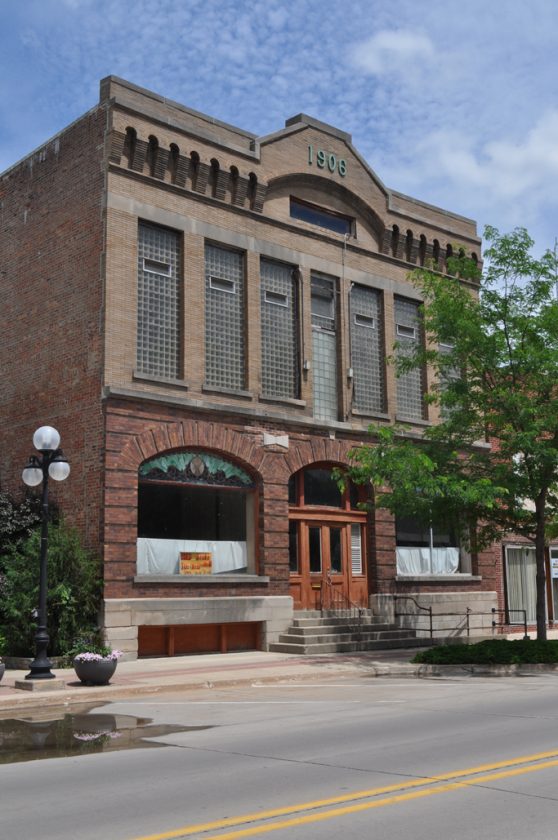 The council held a public hearing on the façade project during the Zoom meeting that was also broadcast on Facebook Live. With no written or oral objections, the council moved on to approve the plans, specifications, and the form of contract for the project.

The building at 713 Second St. was purchased in April 2019 by LIFT WC, a nonprofit organization that plans to revitalize the building. The façade work will be funded through the reuse of the city’s Community Development Block Grant dollars, previously authorized by the Iowa Economic Development Authority.

Community Vitality Director Lindsay Henderson, who also serves as the president of LIFT WC, said the project will consist of repair and replacement of masonry, windows and entryways of the building. The glass-block windows will be removed and replaced with clear windowpanes. The stained-glass windows at the front of the building will also be repaired and reset.

Michael Kastner of ASK Studio, the architects for the project, recommended awarding the bid for the façade project the apparent low bidder, Westbrooke Construction of Urbandale with a bid of $530,950. There is a $20,000 allowance for the stained-glass work, which will be subcontracted to a specialist in that field of work.

She said the work on the Elks building was expected to begin June 15 and possibly earlier.

Kastner said the work will also involve an atmospheric cleaning and the north and west sides of the building will be completely repointed “so the mortar joints will tighten up. The same thing on the upper parapet and about 40 percent on the south street façade.”