Back to the DIAMOND 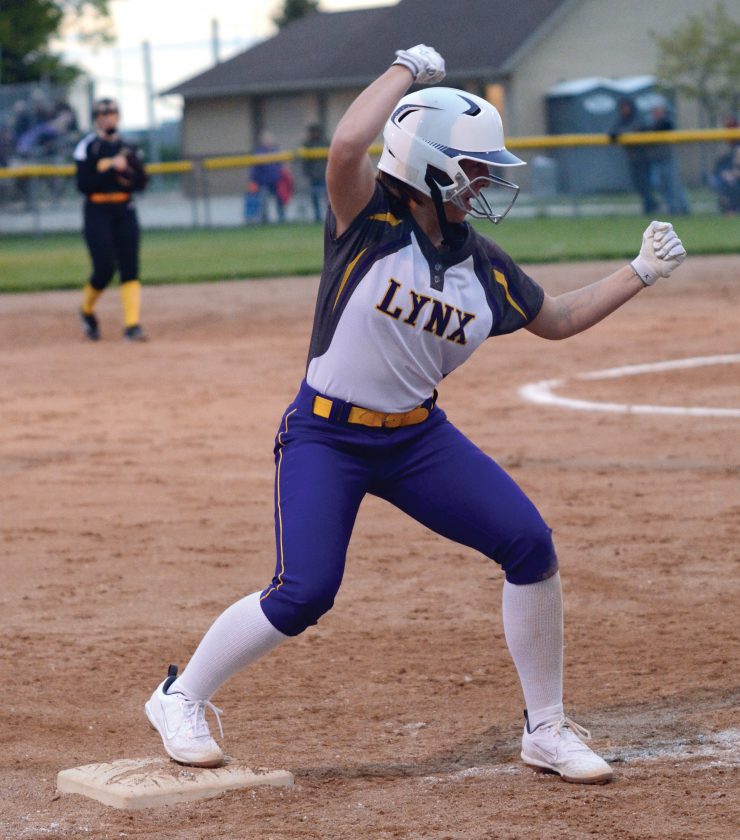 The first and second hurdles to the return of high school baseball and softball this summer were cleared yesterday, but the decision will ultimately come down to individual schools regarding participation.

Governor Kim Reynolds cleared the way for the sports’ returns during her morning news conference, and Iowa’s two governing bodies of prep athletics — the Iowa High School Athletic Association and Iowa Girls High School Athletic Union — announced a few hours later that baseball and softball will be reinstated on June 1.

The coronavirus pandemic wiped out the spring season — track and field, soccer, golf and tennis — in April and forced the governing bodies to suspend the start of the baseball and softball seasons.

Teams can begin practice on June 1 with June 15 as the date set for the first contests. Both organizations currently plan to conduct their state tournaments at their previously announced venues — Harlan Rogers Sports Complex in Fort Dodge for softball and Principal Park in Des Moines for baseball.

Schools must follow the set of guidelines outlined by the Iowa Department of Education, which were also released yesterday. An emphasis has been placed on social distancing and sanitization of equipment, but there is no mention of athletes being required to wear masks. Fans will be allowed to attend games, but concession stands will not be permitted.

Webster City athletic director Joe Shanks told The Daily Freeman-Journal he will send a formal recommendation today to Superintendent Dr. Mandy Ross for the baseball and softball programs to resume activities on June 1. Dr. Ross says an official decision will be made once she receives that recommendation.

“The general feeling is kids have lost enough opportunities in the last couple of months, so there’s a real interest in playing this summer,” she said. “We’re working on the details to make that happen.”

At South Hamilton, athletic director Todd Coy says the final decision will come from the administration and school board. He says the Heart of Iowa Conference members will have formal discussions as well.

“We are looking at the possibility of participating in baseball and softball this season,” Coy said. “Our administration and school board will make a decision by the first practice date with a mind on what’s best for our South Hamilton student-athletes.”

WCHS softball coach Jess Howard is happy that there is a glimmer of light at the end of the tunnel for her players. “It’s nice for us to be able to take all of our hard work that the girls have done in the offseason and allow for them to have some sort of season,” Howard said.

She knows she will face additional duties in attempt to ensure the health of her players, but those are things she’s willing to do for the lights to return to the diamond.

“I was a coach that became a mom while I was a coach,” she said. “Once you get your own kids, your whole perspective of how you care for them is different. You see them as your own kids and you’re always looking out for their well being.”

South Hamilton head baseball coach Kyle Galetich says he will also take the additional responsibilities if it means his players, particularly his seniors, will get the chance for a bit of normalcy.

Now the questions of how schools pull this off will take center stage. What will schedules look like? Will there be junior varsity, freshman or middle school games? What are the protocols for if a player tests positive for COVID-19? What happens if a previous opponent has a player that eventually tests positive? Will there be enough umpires willing to work the games across the state? All of these and more will be asked over the next two weeks.

The games are back, but the hard work is just beginning.