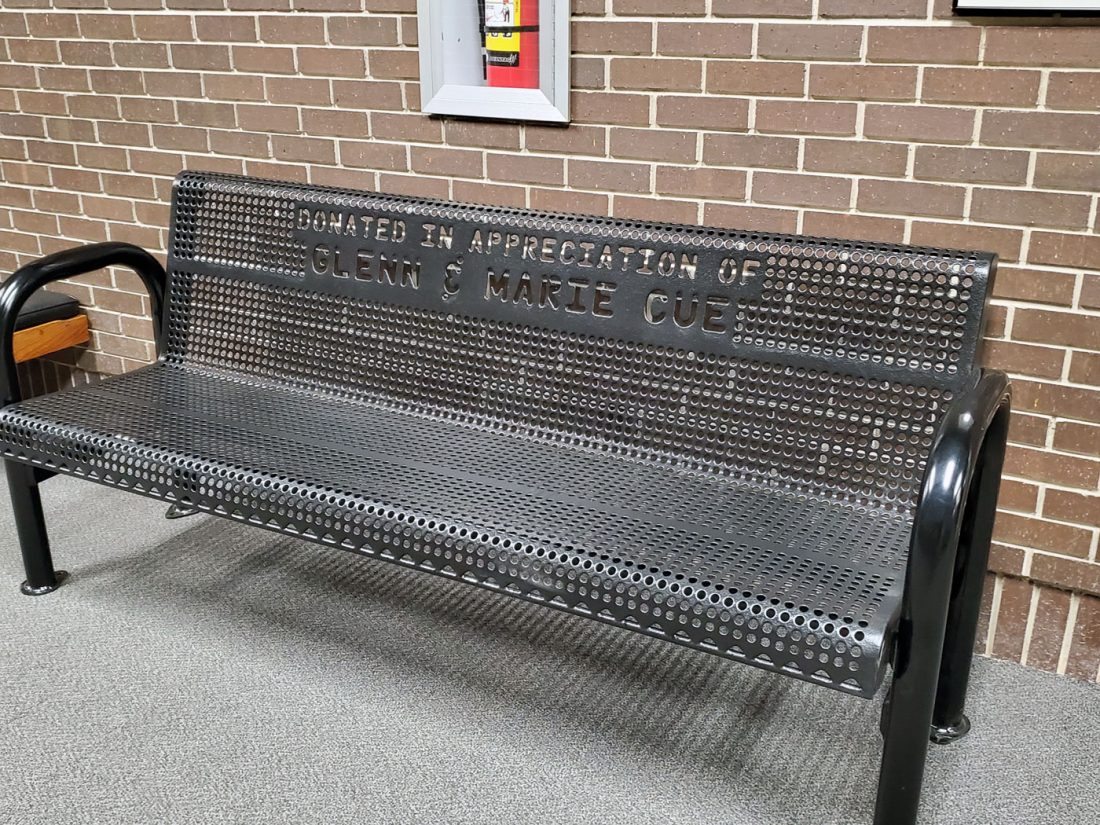 A sample of the type of bench that will be placed along the planned walking trail at Wilson Brewer Park is on display at City Hall. According to park committee members, local donors can purchase the benches at a cost of $6,500.

The Wilson Brewer Historic Park Committee met Tuesday and reviewed the action taken by the City Council on the committee’s recommendations for the park grounds project.

“The grounds will be the main project this year,” said Gary Groves, committee chairman. We have enough money raised to do the grounds project.”

Engineer Wayne Schlotfeldt told the committee at its last meeting that the estimated cost for the project was $200,000.

Groves added that there are still several bench sites available for sale on the park grounds. The benches will be featured along the walking path around the Wilson Brewer Park. A sample bench is available to view in the hallway of City Hall, Groves said. The cost of purchases a bench to be placed in the park is $6,500.

“These could be a tribute or memorial for someone,” Groves said. He encouraged those interested to contact City Hall or his office for more information.

The committee also learned more about the plans to move the Illinois Central train caboose, purchased by four local donors a year ago, to the Wilson Brewer Park. Groves said he and Sheridan had talked with some volunteers who would be willing to conduct the move. Insurance and other issues would need to be ironed out before that could happen, according to Groves.

“We have found a professional mover who could move the caboose at a cost of $7,500,” Groves said. He added that the volunteer mover believed the project could be completed by March 1, but there was no time frame available from the professional mover.

Currently, the caboose is sitting on Union Pacific tracks at Vincent. Groves and Sheridan said they weren’t sure yet whether the move would occur during the week or on a weekend.

“You would think that this move is not that complicated, but it really is,” Sheridan said. Many city and state entities would have to be notified of the plans to move the large train car over the roadways.

Groves said the track and rails in front on the east side of the Deport would need to be upgraded before the caboose is put in place.