County expects to see savings of $166,000 in interest costs

The Hamilton County Board of Supervisors Tuesday morning approved a resolution authorizing the issuance of $4,885,000 in General Obligation Refunding Bonds which officials said would offer substantial interest savings over term of the bonds.

“This is the final part of the process of refunding three different loans that we already had and one lease,” said Chairman Doug Bailey. “We’re rolling this all into one bond issue.”

The bonds were sold the last week in January at a rate of interest of 1.75 percent which is much lower than the original loans and lease that ranged from 3.5 percent to 4.6 percent.

Bailey the refunding will save the county an estimated $166,000 in interest charges over the bond’s 12-year term.

The original loans were $1.5 million on the Briggs Woods Conference Center, $600,000 for remodeling work at Shashi Station; and $820,000 on the resurfacing project near Ag Partners in Ellsworth. The lease on the new digital radio system, $2.5 million, is also included in the bond refunding.

The board unanimously approved the bond refunding.

A public hearing on the proposed county property tax levy was set for March 10 at 9 a.m. during the regular board meeting. A hearing on the county budget will be held March 24 at 9 a.m.

A tentative agreement with the PPME Local 2003 union representing the secondary roads department was approved.

The new three-year agreement calls for a 2.75 percent wage increase for each year of the agreement.

Two quit claim deeds were approved for small parcels of county-owned land. The first is located near Highview. Tony Nessa gave the county a bid of $25 for the parcel, which was approved by the board. The second section of land runs along the west edge of the Hamilton County Fairgrounds. Dale Ingraham purchased the property with a bid of $1,001.

Tammy Crotts, who works in the Hamilton County Treasurer’s office, was named the assistant treasurer. Her pay rate would increase from $18.27 to $20.16 per hour.

The board accepted the resignation of Jordan Rexroat, culinary manager at the Briggs Woods Conference Center.

Emergency Management Director Tim Zahn recently completed certification and all of the education required for the certification. His annual salary will rise from $39,045 to $40, 216.35, a 3 percent increase. 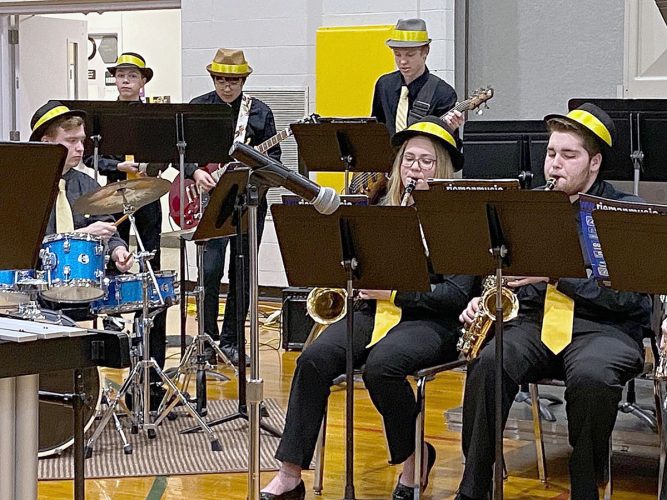