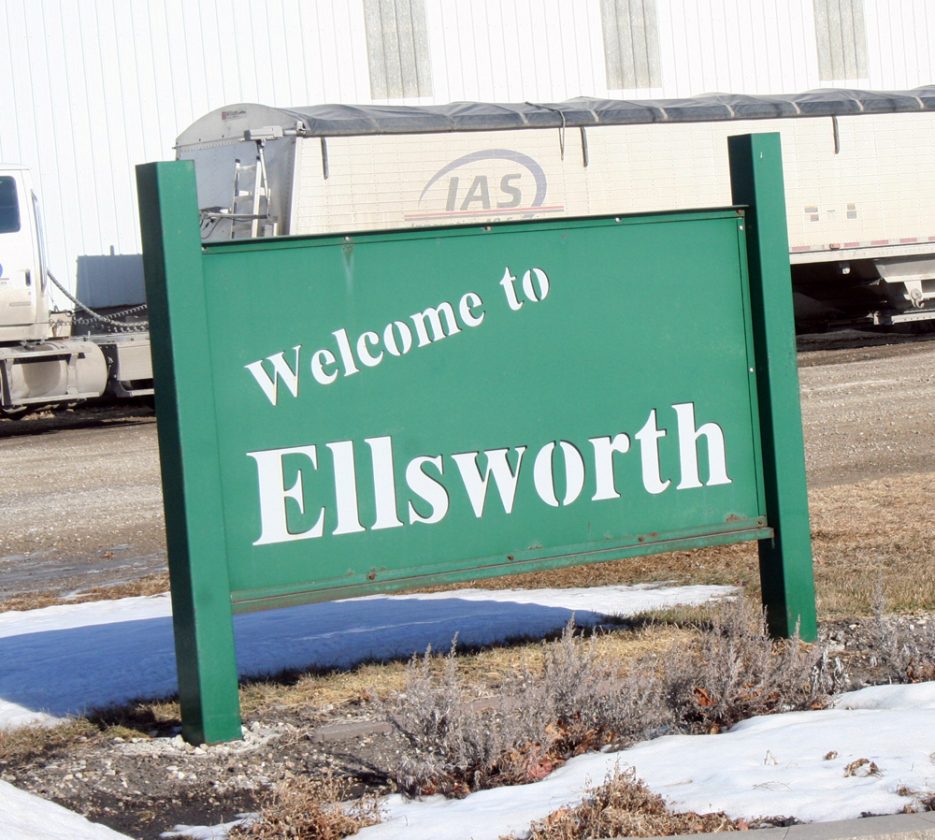 Editor’s Note: The following article originally appeared in the November Our Hometown Magazine.

ELLSWORTH — There is a wide array of ways to become part of one’s community, and volunteering is one of the best.

In Ellsworth, where he’s lived for twenty years now, Greg Campbell has found that out by serving in city government. Starting with an invitation to fill a seat on the town’s park board, Campbell won a seat on the town council in 2004.

Since 2012 he has been the mayor of Ellsworth.

The years since have seen plenty of growth and change in Campbell’s adopted hometown. “When I came on the council, we had just gotten the Kum and Go convenience store (at the Ellsworth exit on I-35), and a Love’s truck stop has gone up there, too, in the past few years,” Campbell recalled during a Saturday morning visit at his home. “Now the water plant has been upgraded, and we have new fire trucks. “ 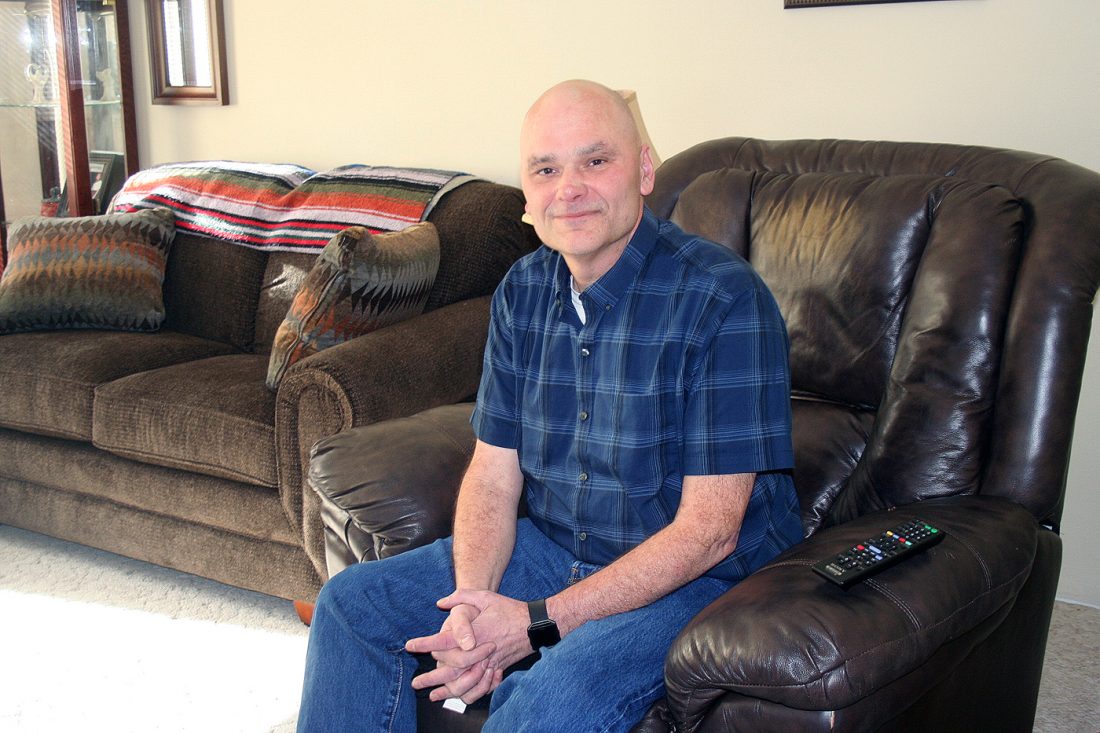 Most of what is now a busy industrial area on the edge of Ellsworth adjoining I-35 wasn’t even there in 2012, according to the current mayor. “Now the Eagle’s Catch fish farm is operating there, plus Ag Source (a soil and water testing company), and the Granite City Brewery,” he continued, adding that the fish farm is a pilot plant for the company. “Management of the fish farm has worked really well with the city, and I think it will open up lots of doors for us here. They chose to locate here because of our water plant and location next to the interstate.”

Campbell’s pride in having new businesses and industry in town is clear as he ticks them off. “With the truck stops and Eagle’s Catch and local option sales tax, that money will go to town improvements,” he explained.

One of those major improvements is a new drainage ditch that is planned for north of town, just outside the city limits. The $2 million storm water project should alleviate problems with flooding that have plagued Ellsworth for years during heavy rains. While construction hasn’t started yet on the project, it is scheduled for completion by May 2020.

Campbell is hopeful that some of that revenue will go to improvements in the town. Renovations are already underway on two main street buildings, he points out, adding “I think if you come look here in ten years you will be seeing lots of changes.”

A native of Gilbert, Campbell, 53, spent ten years in the U.S. Air Force, which included service in Desert Storm. He and wife Karen–also an Air Force veteran–moved to Iowa after their discharges, first to Callender before settling in Ellsworth with their growing family in a large home across from the town park. Of their five children, ages 13 to 33, three are South Hamilton graduates, while one is now in high school and the youngest in middle school. The family also includes a three-year-old grandson.

In spite of keeping up with the activities of a busy family and a career with DeKalb Monsanto, where he has worked as a maintenance specialist for ten years now, the mayor says he has meetings related to city government two or three evenings every week–including the Ellsworth-Jewell-Stanhope police board, the landfill commission for the county, and MIDAS Council of Governments. While it is time-consuming, Campbell appreciates the chance those meetings offer to network with other small-town officials.

That time doesn’t include responding to calls from citizens who contact him with their questions and concerns. “One of the things I’ve learned as mayor is if they want me, they can find me. Somebody has to answer questions,” Campbell statesd

What does he see as the challenge for small towns in this 20th century? “Here, the issue is that over half of our population is either elderly or on a fixed income, so progress in this town is a challenge,” the mayor answers. “So we have to figure out a way to blend those needs with others and to make people understand.

“And often people don’t take an active role in their community,” he went on. “One of the hardest things I have to do is find volunteers,” says Campbell, himself an active volunteer on many levels. “Sometimes it’s very frustrating. I couldn’t do it without Karen.”

Campbell, who says he wants to lead by example, enjoys helping with Ellsworth Community Club activities when he can. Campbell is active with Trinity Lutheran Church in Ellsworth, where he has served as an officer. He is also a member of the American Legion, VFW, and the Moose as well.

Following completion of Emergency Medical Technician training in 2000, Campbell has served on Ellsworth Fire and Rescue since.

While there is a small honorarium for those who serve in city government, getting involved is more than that, Campbell insists. “There’s more at stake when you live in a small town than just getting a check for doing a job.”

“Everyone should take a turn at city government, because it’s not as easy as everyone thinks,” Campbell believes. “I can’t just wave a magic wand and it will be all better.”