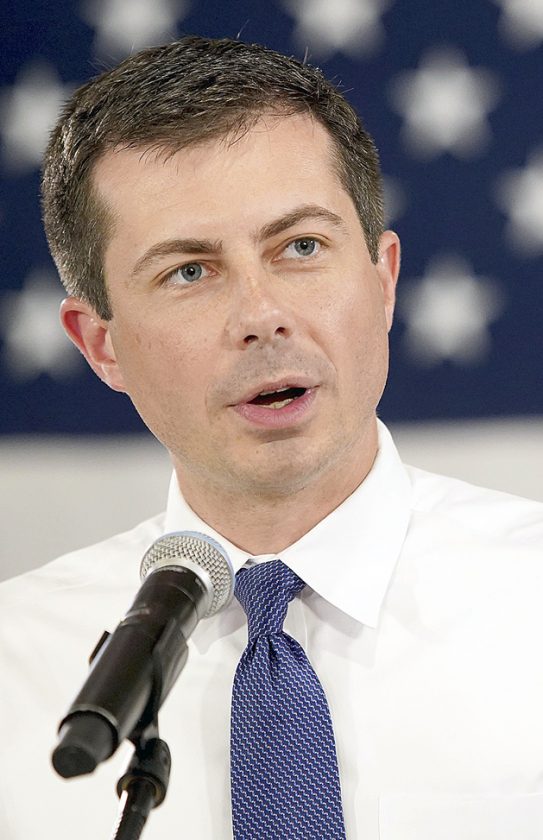 Mayor Pete Buttigieg, a Democratic candidate for president, will make a campaign stop in Webster City on Sunday.

Buttigieg, known as Mayor Pete around the campaign trail, will hold a town hall meeting West Twin Park. Doors will open at 12:30 p.m. The event is free and open to the public, but campaign officials encouraged those wishing to attend to RSVP to https://www.mobilize.us/iowaforpete/event/123943/

The visit will mark Buttigieg’s first visit to Webster City and the stop is part of the a four-day bus tour across northern and eastern Iowa following the Polk County Steak Fry on Saturday.

Buttigieg is in his eighth and final year as the mayor of South Bend, Indiana. He was first elected age 29 and was re-elected in 2015 with 80 percent of the vote.

The candidate was a Rhodes Scholar at Oxford and is a graduate of Harvard University. He served as a lieutenant in the U.S. Navy Reserve and took an unpaid seven-month leave during his mayoral term while he deployed to Afghanistan. He received a Joint Service Commendation Medal for his work in counterterrorism.