Renovated theater is among reasons she returned home 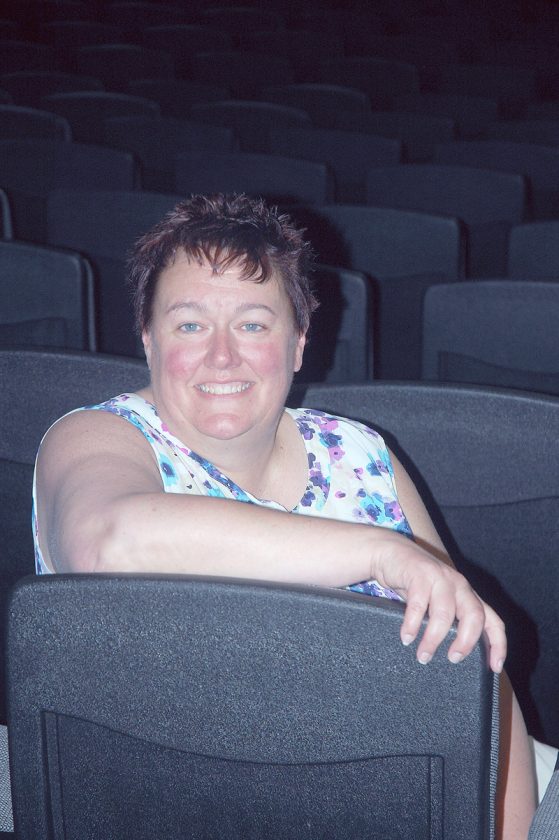 Ann McLaughlin remembers the summer movies at the Webster Theater when she was a child. That’s the first place she saw the Three Stooges and Pink Panther. And seeing the community’s efforts to revive the shuttered movie house was one of the reasons she decided to move back to her hometown.

She’s now the manager of that theater.

McLaughlin, a Webster City graduate, lived in California from 1996 until 2018, working primarily in the health care field. The sudden deaths of two family members lead her to feel that she needed to be closer to home.

“I needed to be closer to my parents and I started thinking about how that might work,” she said. McLaughlin set May 2018 as the time-frame for her return to Iowa. The time was right, she said.

“I had seen the Made in Iowa film online and I thought if the theater is coming back, then there are other things happening, too,” she said. “That was kind of the last check mark on my list of reasons to return.”

She was impressed with the renovated movie theater once she saw it.

“It’s so nice, it’s comfortable and it’s on par if not better than many of the theaters I went to in California,” she said. “And it’s nice to have some place to go.”

McLaughlin said she enjoys looking around the lobby to see the all of the plaques from those who have donated to the theater project.

“It’s really cool, because you don’t really see those things in the big city,” she said. “It’s a great reminder to people of what can be done with community support. This is what happens when you band together and do something good for the community.”

Her duties at the theater involve overseeing her crew of teens and young adults who work the concession stand and ticket booth. She also handles the administrative duties of the business, including keeping social media and the website updated and documenting ticket sales for each of the movies for the studios. She also helps her staff clean up the theater, mopping floors, picking up discarded snacks, and hauls bags of popcorn around.

“Surprisingly, I don’t get to watch the movies all of the time,” she said. “That’s what everybody asks me.”