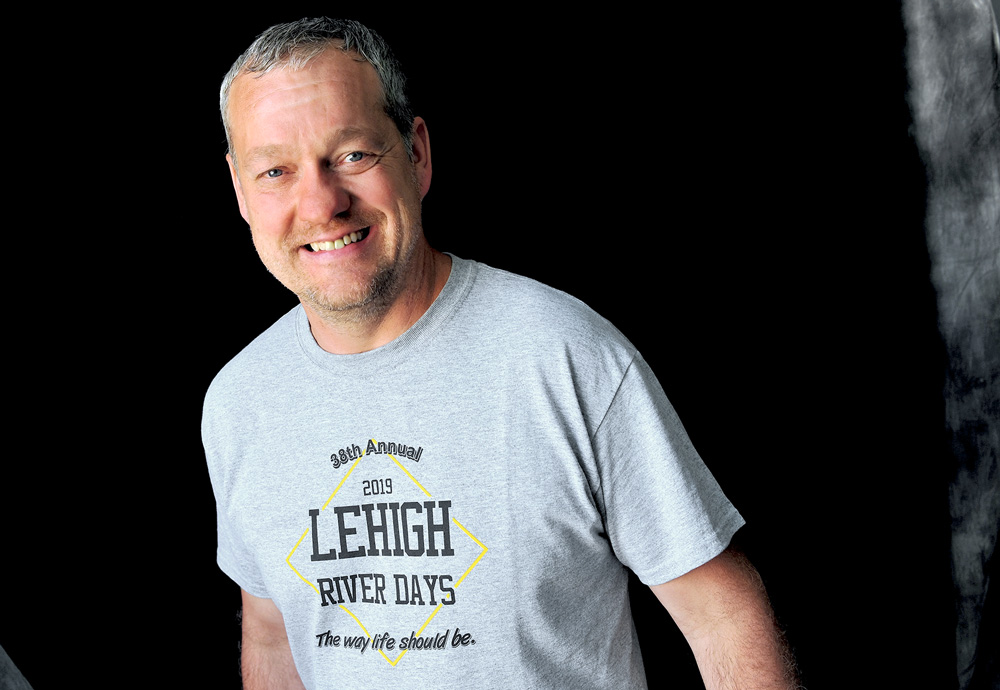 -Daily Freeman-Journal photo by Hans Madsen
Brett Smith, chairman of the Lehigh River Days committee, shows off this year’s shirt which feaures a logo similar to the old clay works in Lehigh along with the colors of the former Lehigh High School. River Days is June, 14, 15 and 16 this year.

LEHIGH — It’s almost time to head to Lehigh and enjoy the annual River Days Celebration along the Des Moines River.

This year’s dates, for the 38th celebration, are Friday, Saturday and June 16.

River Days committee chairman Brett Smith grew up with the celebration. His parents, Danny and Sue Smith, organized the event for many years.

There are several events being added to the celebration this year including a Miss and Mr. Riverdays pageant with a Talent Contest. It’s at 5:30 p.m. Friday in the Ball Park.

“We’re hoping for a good turnout,” Smith said. “We would like to get all ages involved.”

After the pageant and talent show, the band Section 7 will entertain.

“It’s the first time they’re playing here,” he said. “That will be good.”

The shirts for this year’s celebration are a homage to Lehigh’s history. The logo took its inspiration from a stamp used on tile products once produced there and the colors, gold and gray, were the Lehigh High School’s colors.

Another new attraction at this year’s event includes a barbecue contest.

“The People’s Choice is one of the awards,” he said.

Mud Volleyball is back this year. The popular event is just that, volleyball played in the mud.

Expect to get dirty if you sign up to play, Smith has participated in the past.

“It took at least a couple of showers to get it all off,” he said. “It’s a good way to cool off though.”

Of course, no Lehigh River Days is complete without the annual parade. That’s scheduled to start at 10 a.m. on Saturday morning.

Most events are free.