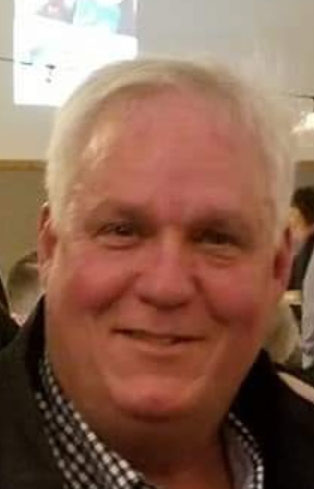 Marc Stuart Reinsel, son of Jerry and Wilma Janson Reinsel, was born November 12, 1963 at Fort Dodge. He graduated from Webster City High School in 1982 and from Iowa Central Community College with a degree in Criminal Justice. He served in the United States Navy from 1987 to 1991, where he served as a Naval Yeoman on the Nimitz-class aircraft carrier USS Carl Vinson during the Gulf War. In 1992 Marc met and fell in love with Gina Monroe. On Sept. 17, 2005, Marc and Gina were united in marriage at the Little Brown Church in Nashua and they have been inseparable partners ever since.

Marc was a hard worker throughout his life. He worked for Electrolux, primarily driving forklift; Fort Dodge Correctional Facility as a correctional officer; and for 20 years he worked for the State of Iowa as a crime investigator. Marc retired from the State of Iowa in 2018. After enjoying retired life for only a few months, he got restless and sought employment. He heard about a new company opening their doors and thought it may be an interesting opportunity so he started working in the shipping department at Prestige Farms.

Marc was a member of the American Legion Post #191 and the AFSCME union. He was a kind and very caring man, who enjoyed being with people and learning everything he could about them. He didn’t hesitate to explore ways to overcome challenges whether they were someone else’s or his own. Marc had a love for camping, (especially at the Iowa State Fair), politics, racing, every type of sport, reading the news, antiques, and was an avid collector of many things. He especially enjoyed time spent with friends and family, tinkering around his farm, catching up with the “Neighborhood Watch Crew,” vacationing at Lake Okoboji, relaxing on the patio, taking road trips and nightly car rides with Gina.

Online condolences may be left for the family at www.fosterfuneralandcremation.com