Building it for the kids 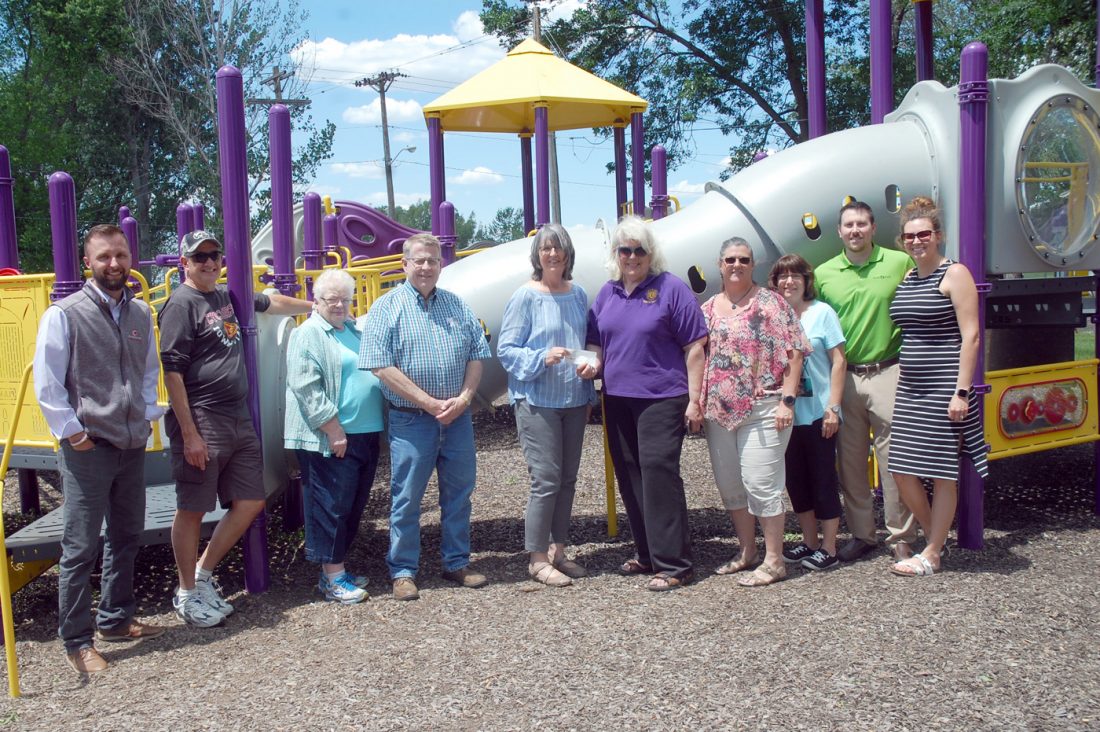 — Daily Freeman-Journal photo by Anne Blankenship
Members of the Webster City Rotary Club and the Webster City Lions Club met at Lions Park on Lynx Avenue Monday afternoon to pool funds for new swings to be placed in the park. The Rotary Club held a fund raiser that collected $2,000 and the Lions Club, which is disbanding, contributed $3,000 to the project. Rotary officials said they hoped the remainder of the funds would come from a Rotary District grant. Pictured are Zach Chizek, Tim Huff, Dalene Schlitter, Phil Voge, Kathy Getting, Connie Carter, Teri Boman, Diane Williams, Ryan Williams and Jade Williams.

The Webster City Rotary Club and the Lions Club will combine funds to help install swings at the park, including a handicap accessible swing. The Rotary Club accepted $3,000 from the Lions to go toward the project. Combined with $2,000 from a Rotary fundraiser during Junquefest, and hopefully, with a Rotary District matching grant, the Rotarians will to install the swings yet this summer.

The Lions Club of Webster City also announced that after 69 years of service to the community, it will be disbanding. Club officials pointed to dwindling membership, age and health issues for the decision. The group’s most recent project was the renovation and update to Lions Park last year. The club plans to place two benches and picnic tables at the park this summer, as well as donating the club’s remaining funds to the Rotary project.

The Lions Club was chartered in 1950 and since that time members have been part of the community and Lions activities.

The Lions, known for their annual October Pancake Day fundraisers, have donated the proceeds to many different causes, including scholarships for Hamilton County graduates, helping people purchase eye glasses and provided monies for hearing aids and evaluations. The club also contributed to Camp Hertko Hollow, Leader Dogs for the Blind and Leader Dogs of Fort Dodge as well as Lions International and Lions Foundation.