A celebration of friends 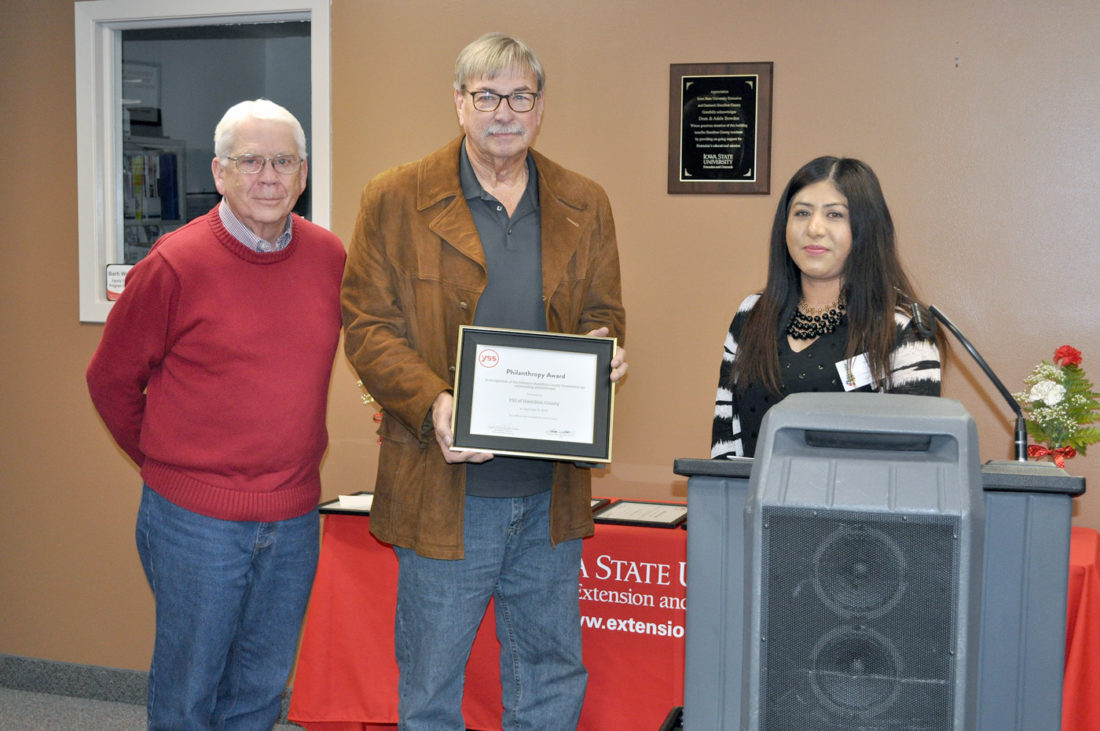 YSS of Hamilton County honored volunteers, staff and local philanthropy efforts as well as celebrating the ongoing success of its many programs Tuesday night at a special holiday event.

Jane Adams, YSSHC director, welcomed the approximately 35 people who attended the annual Celebration of Friends at the Hamilton County Extension and Outreach office. Adams gave an update on the programs offered at Webster City’s YSS Adele and Dean Bowden Youth and Family Clinic. She talked about the new telehealth program that brings a psychiatrist to the local clinic via video link.

Andrew Allen, the Chief Executive Officer for YSS, said that the organization had faced some adversity in the past year including a fire at one of its buildings and a tornado.

“Through the grace of God, no one was hurt,” he said. “What I found is the greatest periods of growth come from tough times. You use that as the fuel to help other people. I’m so grateful at the way the community supports YSS.”

Three participants in YSS programs talked to the audience about their experiences. Vita Durand talked about aftercare, the program that helps transition those aging out of foster care. Cale Hubbard talked about the aftercare, behavioral health and telehealth services and how he had benefitted. Amy Loomer discussed how her family had grown through their time with behavioral health programs.

Several awards were presented to during the evening, including the volunteer service award given to Sonia Rodriquez, the co-chair of the YSSHC Advisory Board.

“Tina has one of the most important jobs with our agency because she’s the first person people see when they walk through our doors,” Adams said.