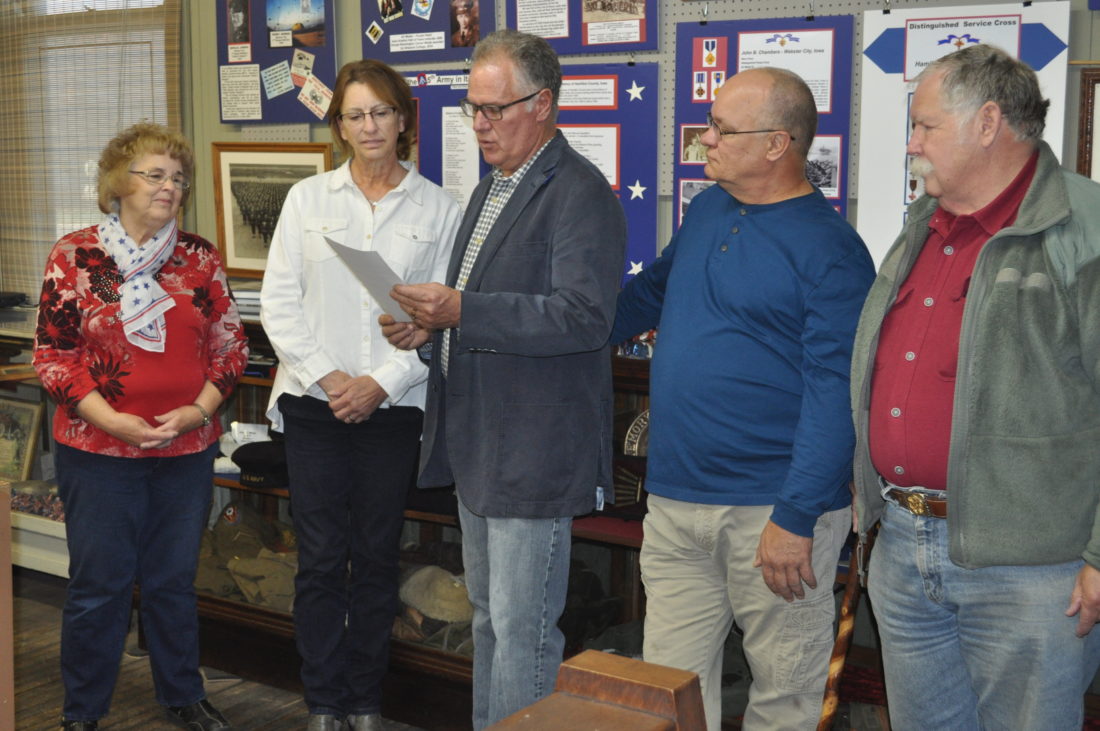 Mayor John Hawkins has proclaimed Nov. 3-11 Veterans Appreciation Days, while at the historic Depot-Museum located at the Wilson Brewer Park on Thursday, Nov. 1.

The proclamation comes before the Veterans Affairs Outreach Event to be held out at the Depot-Museum this Saturday, Nov. 3 from 10 a.m. to 3 p.m. The event will be hosted by the Hamilton County Veterans Affairs office who “help with emergency assistance for qualifying veterans with financial hardships” dealing with areas such as medical care, military records, and burial benefits and grave markers, just to name a few, according to the VA website.

The public is encouraged to attend, especially veterans, their spouses, and families, in order to find some information about their family’s service member. While in attendance, the public can view the different display items honoring those who fought during WWI, as claimed by the officials.

The event will be providing some free health services for veterans, such as free flu shots and a chance to speak with veterans health officials from both the Des Moines and Fort Dodge VA facilities, as well as representatives from women veterans health and suicide prevention, between the hours of 10 a.m. to 1 p.m. According to information provided, Honor Flight and veteran license applications will be readily accessible during the VA event.

Students from the Webster City High School will be sharing reports they have completed in school covering the different battles that took place during WWI, according to LuAnn Jackson, the Hamilton County Veterans Affairs Administrator.

The anniversary of the signing of the Armistice, which ended WWI, will be commemorated on Saturday as well, as we approach “the 11th hour on the 11th day of the 11th month” of the 100th year, according to the proclamation signed by Hawkins. Hawkins urges the community to come visit the Depot-Museum to view the different war memorabilia, and to pay homage to those who fought during WWI and the day that ended it all in 1918.

Food will be served during the duration of the event from the American Legion Auxiliary and the Museum Staff. Drinks will be provided by Yesway.