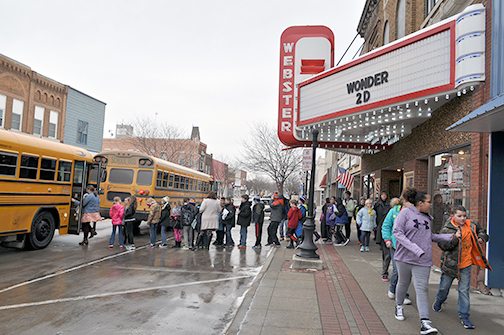 —Daily Freeman-Journal photo by Adri Sietstra Students from Webster City Middle School, Stratford and Northeast Hamilton exit the Webster Theater Tuesday afternoon after viewing ‘Wonder.’ Thanks to the kind efforts of local businesses and individuals, over 600 Hamilton County students will have viewed ‘Wonder’ at the Webster Theater for free over the course of this week.

Thanks to a community act of kindness, local students were able to attend a free showing of ‘Wonder’ at the Webster Theater this week. An estimated 600 students from Webster City Middle School, Northeast Hamilton and Stratford had the opportunity to see the newly released film which is based on the New York Times bestseller ‘Wonder.’

“It just has a great message about being kind to people, friendship, family and just caring about people and their feelings,” said Tyler Abens, HERO Board member.

According to the official website for ‘Wonder”, the movie ‘tells the inspiring and heartwarming story of August Pullman. Born with facial differences that, up until now, have prevented him from going to a mainstream school, Auggie becomes the most unlikely of heroes when he enters the local fifth grade. As his family, his new classmates, and the larger community all struggle to find their compassion and acceptance, Auggie’s extraordinary journey will unite them all and prove you can’t blend in when you were born to stand out.’

“We knew the movie was going to be coming to our theater and knew that the movie had a great message that would be perfect for the middle school audience,” said Abens. “It was a win for the community, our kids and the theater.”

“My sister-in-law, Juli Jaycox, is the one that took the lead on it and asked how we could go about seeing if we could get students to come,” said Abens. “It started with one grade – like maybe all the fifth graders.”

“I saw the previews and then I read the book and thought every kids needs to see it,” said Juli Jaycox, Webster City school board member.

“I said we need to probably get some business sponsors who would be willing to cover the ticket costs since it’s a regular showing movie,” Abens said. “She went out and did the leg work. She ran with it and went and got several great sponsors.”

The theater opened up outside of normal business hours throughout this past week so that students would be able to view the film during school hours. Students viewed the film after lunch and were back at their respective schools before the end of the school day.

“It worked out great,” said Abens. “Students have been very appreciative and cooperative.”

Jaycox even had the opportunity to attend a showing of ‘Wonder’ with WCMS eighth graders on Friday.

“There were just several different messages you can get from it,” said Jaycox. “If one kid gets something out of it, this was all worth it,” Jaycox said. “Plus it helps out the theater. It supports local business and our community.”

“I didn’t have one person say no that I asked,” Jaycox said. “It didn’t take long to get enough to cover the cost for every kid to go.”

“They all pitched in and helped make this possible for the middle school kids,” Abens said. “We ended up being able to have fifth through eighth grade Webster City kids, as well as Stratford and all of Northeast Hamilton kids, third through seventh grade.”

“If you watch the news, there is so much negativity out there,” said Jaycox. “If they can see one positive thing and be nice to someone for no reason, that’s a good thing.”

The amount of movie-goers to ‘Wonder’ will most likely set a new record for the Webster Theater for attendance, according to Abens.

“It was great that all those kids got to come,” said Abens. “I encourage people to come see it. It’s here through Thursday night.”

“We encourage the community to continue to come down and support the theater by coming to the show, bringing your family and buying concessions,” said Abens. “We want the theater to be used by the public.” 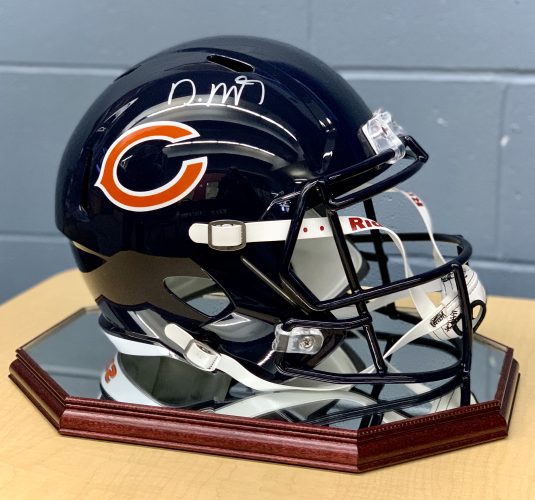 Behn to retire from state senate

FORT DODGE ­– Thousands of bicyclists will converge on Fort Dodge July 20 and they will stay in town overnight, ... 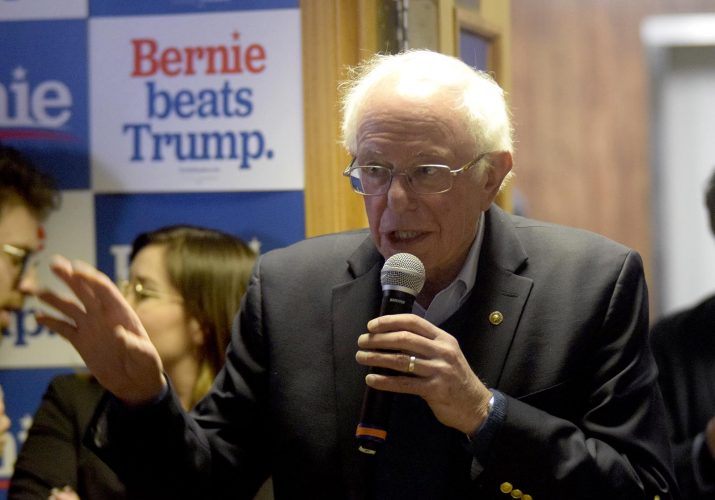 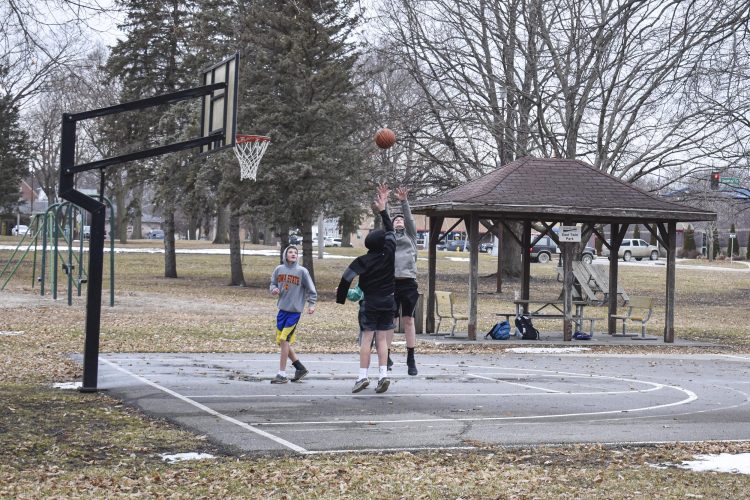