Music in Park to feature band and open mic 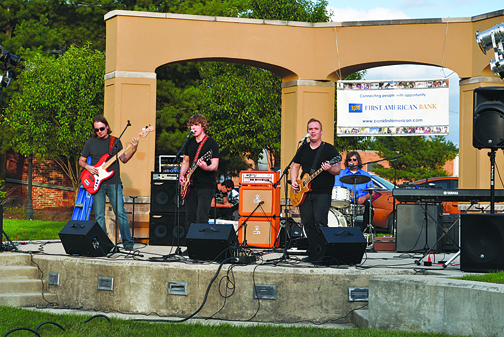 Thursday night will bring a full evening of entertainment to downtown Webster City.

In addition to the premiere of the documentary “Made in Iowa,” which was filmed in Webster City, Music in the Park will be held at Availa Bank Plaza from 7 to 10 p.m.. The band “Bad Tactics” will be on scene to entertain the crowd. The monthly summer event is being sponsored by the Webster City Area Chamber of Commerce and co-sponsored by Square Inc.

Everyone is encouraged to bring their lawn chairs and enjoy the musical entertainment, along with an opportunity to showcase local talent in an open-mic format.

A block party will be held from 5 to 9 p.m. in the 600 block of 2nd Street featuring face painters, a bounce house, and the Lions Club will serve burgers, chips and a drink for $5 with proceeds going to the Lions Park project.

The short documentary film will be premiered live at 6 p.m. on June 15 at the Webster City Movie Theater. Attendees will have the opportunity to share their reactions to the film and Webster City’s story as Square will be working with Legacy Learning Boone River Valley to capture community response to the film. These reactions will be broadcast then on the large movie screen owned by the city outside during the block party.