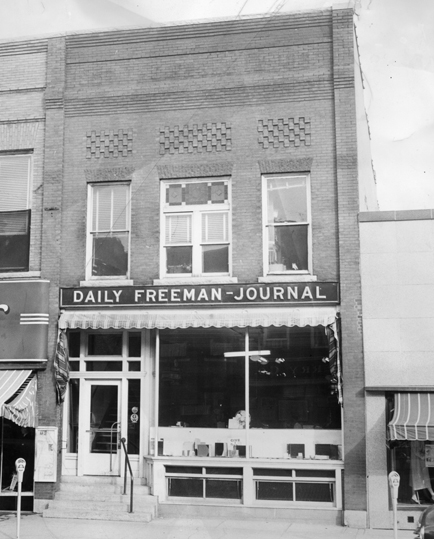 Editor’s Note: Inserted in today’s Daily Freeman-Journal is the first section of Progress 2017. This section is dedicated to marking milestones.

This year also marks the 160th anniversary of The Daily Freeman-Journal. The first issue was published on June 29, 1857, making the newspaper the oldest continuously-operated business in Hamilton County. Today, we share this history taken from the accounts published in the 1957 Centennial Edition of The Daily Freeman-Journal and also later accounts compiled by the late Webster City historian Ed Nass.

Charles Aldrich, born in Ellington, New York in 1828, was a newsman who had worked as an editor for more than 20 years. The lure and excitement of the West brought him to Iowa in 1857.

Webster City wasn’t Aldrich’s first choice for a home for his new newspaper. Arriving in Iowa, he thought Fort Dodge might be a likely choice. However, he found the town already had an established newspaper, The Messenger, in operation which was “backed by influential Democrats,” according to news accounts.

Aldrich knew that two newspapers couldn’t thrive in a town as new as Fort Dodge. So, he retraced his steps east 20 miles and found Webster City — a small town recently selected as the new county seat for Hamilton County.

He offered to start a newspaper if the community’s leading citizens would guarantee him 500 subscribers and $500 in cash.

With the proposition accepted, Aldrich headed back east to pack up the tools of the trade. He purchased a hand press and other equipment for $700. Then he and his wife traveled back to Iowa.

Aldrich selected the name “Hamilton Freeman” for the new newspaper, reflecting his strong anti-slavery beliefs. The first edition of the newspaper consisted of four pages, two with local news and ads. On the front page, Aldrich gave accounts of the Spirit Lake Massacre, shared the concerns of the community and information about the Civil War.

But the staunch abolitionist locked up the newspaper office in 1862 and enlisted with the Union army.

During the war, Aldrich sold the newspaper to his assistant V.A. Ballou. After the war, Aldrich went on to edit newspapers in Dubuque, Marshalltown and also wrote for several Chicago papers. He was also employed by the State of Iowa and the U.S. Government. He gained fame by becoming the first curator of the Iowa Department of History and Archives.

John D. Hunter purchased the newspaper from Ballou in 1864. He edited the Freeman for 36 years until 1902. Hunter was an experienced editor and writer and stressed local coverage in his paper.

Hunter’s sons W.F. Hunter and D.L. Hunter worked on the newspaper as school boys in the 1870s. W.F. became the associate editor in 1898 and his brother became the business manager.

George C. Tucker became the editor of the Daily Freeman-Journal in 1917. The newspaper remained in the hands of Tucker and W.F. Hunter until 1945, when both died.

The Hunter family’s ownership ended in 1953 when the newspaper was purchased by B.F. Shaw Publishing Company. W. J. Carmichael served as the publisher. He was perhaps the newspaper’s longest serving publisher, having worked for the newspaper from 1953 until 1972.

Max Maxon, a more than 50-year employee of The Daily Freeman-Journal, was named editor in 1953. “Maxi,” as he was known to his readers and the community, retired in 1986, but continued to occasionally submit his popular “Amblin'” columns as long as his health permitted.

Throughout the years, the newspaper was located in as many as seven different locations, with the final move to 720 Second Street where it is located today.

“The second 100 years will bring new faces and new ideas, but the goal of service to Webster City and Hamilton County will remain unchanged.” 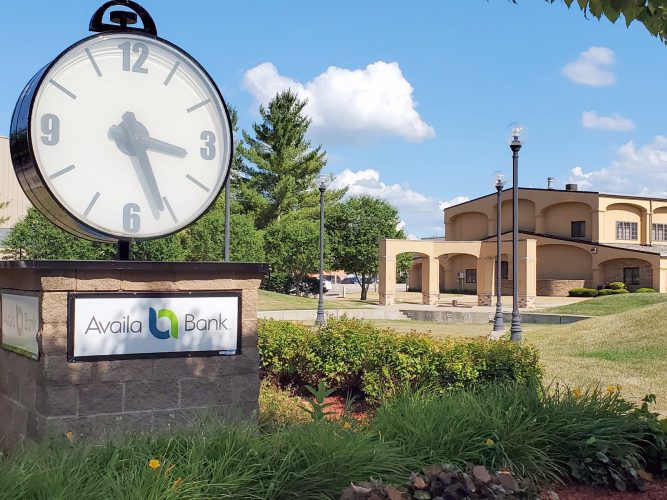