This all started with a text message from Mark Davis last Thursday, a way to take a mental break from the minute-by-minute onslaught of the coronavirus pandemic that blankets our television screens, Twitter feeds and Facebook walls.

How about putting together a Webster City football tournament comprised of teams from the last 16 years and see how it shakes out? That was the gist of Davis’s message to me, and with so little to write about in the sports world right now, I jumped at the chance.

So thanks, Mark. This was fun.

I quickly did my research — records, district results, playoff runs, and on and on. Seeds were established, the bracket was drawn in red ink on my handy-dandy reporter’s notebook, and off we went.

Twitter was my medium. The eight first-round games, the four quarterfinals, the two semifinals and the championship were all put out into the virtual world for followers to vote on over the course of four days. In all, the tournament generated 3,238 votes — not bad for our little community. 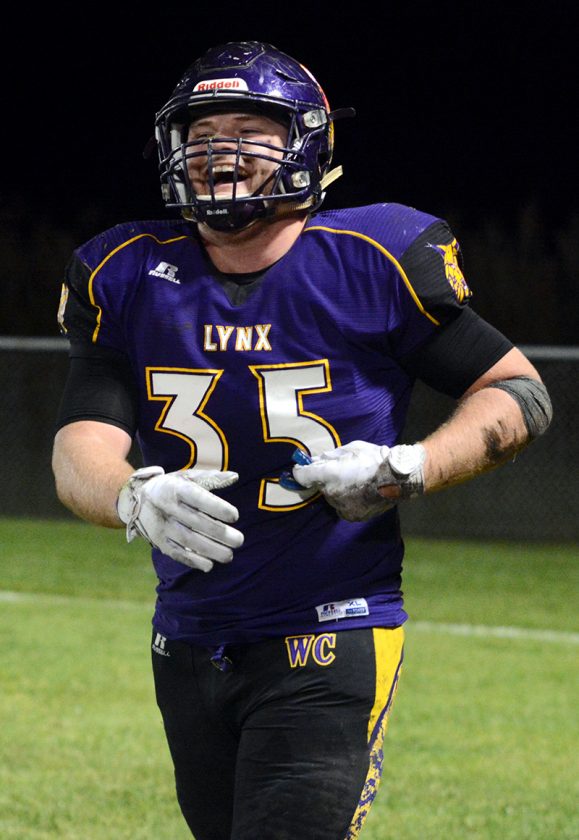 The big takeaway is that I should be put in charge of the NCAA basketball tournament brackets because it was flawless. OK, kidding, but in truth the bracket went straight chalk. Fifteen games, 15 times the higher seed came away the winner.

And the champion? No surprise here, it was the 2016 team that reached the Class 3A state championship game before ultimately falling to top-ranked Goliath, Pella, inside the UNI-Dome.

That team may have settled for silver 31⁄2 years ago, but it’s golden now following a win over the 2015 team by a 55-45 percentage margin in the title game. Hey, that makes up for the second-place finish, right?

Personally speaking, this was enjoyable for several reasons. For starters, it was a chance to stroll down memory lane to so many fun Friday nights on the sideline over the past 16 years. Stuck inside all day, every day right now, even memories of the fresh air and sporting events did wonders for my psyche, if even for a short time. And any small worries I had of bitter feelings and arguments in support of or against certain teams never materialized, so thank you.

This was a great example of Iowa Nice. Folks, you saw the tournament for what it was — a fun exercise in escapism, not something to get angry about. My faith in humanity has been restored. 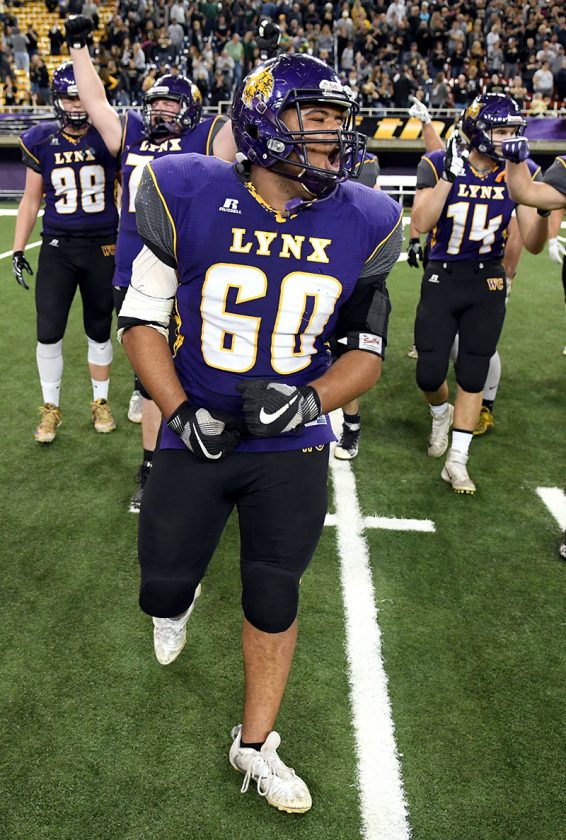 OK, so let’s get to the tournament, which was essentially a “Bob Howard, this is your life at Webster City” walk through the years. He came to town in 2007 and over the past 13 seasons it’s fair to say he’s built the Lynx program into a 3A juggernaut.

It’s also fair to say that, when you look at his teams, there are various levels. His 2008 squad, for example, was the linchpin to all of the success that came after and it will always hold a special place in his heart. But it wasn’t his best team.

So which crew does Howard think was his best? Yeah, there’s no way he’s answering that question, not publicly anyway.

“This was fun and it’s neat to look back at all the teams,” Howard said. “It’s good that over the last 13 years that you had good enough teams to put that tournament together. There are a lot of good football teams there.

“That 2008 team, they’re the ones that raised the bar and raised the level of expectations. They came as far in one year as I think is possible.”

In 2011, WCHS reached No. 2 in the state rankings with an offense that was built for a video game. Keagan Parks, Jonny Davis, Sam Mossman, Boone Myers, Caleb Crouthamel — arguably the greatest assemblage of offensive talent in the Howard era.

But what put 2016 over the top was it’s chemistry. It had plenty of firepower too — names like Robert Frederiksen, Drew Fielder, Kannuan again, Lawson again — but its bond is what set it apart from its contemporaries. That and the fact that it went on a postseason run that gave Howard a crack at a fourth state championship ring.

“It’s hard to compare teams because of who they played, but offensively 2011 was pretty darned dynamic,” Howard said. “The most talented team, as far as raw talent, was probably 2015, but we might have been a little more physical in 2016. That 2016 team, more than any other team, they were a team. That’s not bad-mouthing the other ones, but if there was a singular thing about (2016), it was they were very committed to being all-in. And the 2016 schedule was as tough as we’ve ever played because we changed districts that year and that was a tough group. Then you go to the playoffs and we had to play Norwalk right away, then the best Boone team, and of course Glenwood and then Pella. There were a lot of neat memories from it.”

I’ve told this story before, but in 2015 I really thought WCHS had a chance to make a run at a state title, and the Lynx made me look smart by rolling through their first 11 games before they ran into a lethal Sergeant Bluff-Luton offense in the state quarterfinals.

And that next year, I had a lot of people ask me over the summer what I thought of the Lynx prospects for that fall. My standard answer was 5-4 sounded about right, maybe 6-3 or even 7-2 if some breaks went their way.

OK, so maybe I’m not that smart.

Cut me some slack on one thing though — no one saw Frederiksen coming. He’d never started a game in the backfield prior to Week 2 of the 2016 season, and yet he went out and put together a first-team all-state season with 1,981 yards and 22 touchdowns.

Then there was the emergence of sophomore linebacker Caleb Olson and classmate defensive back Dylan Steen. Zane Williams too; he never gets enough credit for what he brought to that defense.

“I go into every year thinking we’re going to be good, but I don’t know if I thought we’d be that good,” Howard said of his 2016 team. “It was a growing year for some kids and a validation year for a whole bunch of kids because we didn’t have a lot of (starters) coming back.”

The state championship game, a 28-18 loss to Pella, was a fitting end for that team. No one — and I mean literally no one — outside of the WCHS locker room gave the Lynx a chance in that game (yours truly included), but I was wrong again.

“On paper, we really never should have had a chance in that game, but we gave them everything they wanted,” Howard said. “Our kids didn’t back down one darned bit and they definitely wanted to win, but they got beat by a better team.

“I’m not sure it would have been all that more significant had they won the state, to be honest. Because I don’t know what more that group could have done.”

If you took part in this online tournament, my hope is that you enjoyed it as much as I did. I hope it gave you a chance to reminisce on the good times in recent years, and I hope there are more memories for all of us to enjoy right around the corner.

In the coming weeks, I’ll try to throw similar tournaments together from other sports. South Hamilton, I won’t forget about you either. And before you ask, I’m probably going to keep these types of for-fun tournaments to the last two decades. It’s just too difficult to dig deep into history.

And Mark Davis, prepare yourself for my phone call. I’m going to need some basketball information from you sooner rather than later.