‘Miracle’ playoff spot likely not in the cards for Hawks

SH resigned to fact that season will end tonight vs. Eagles 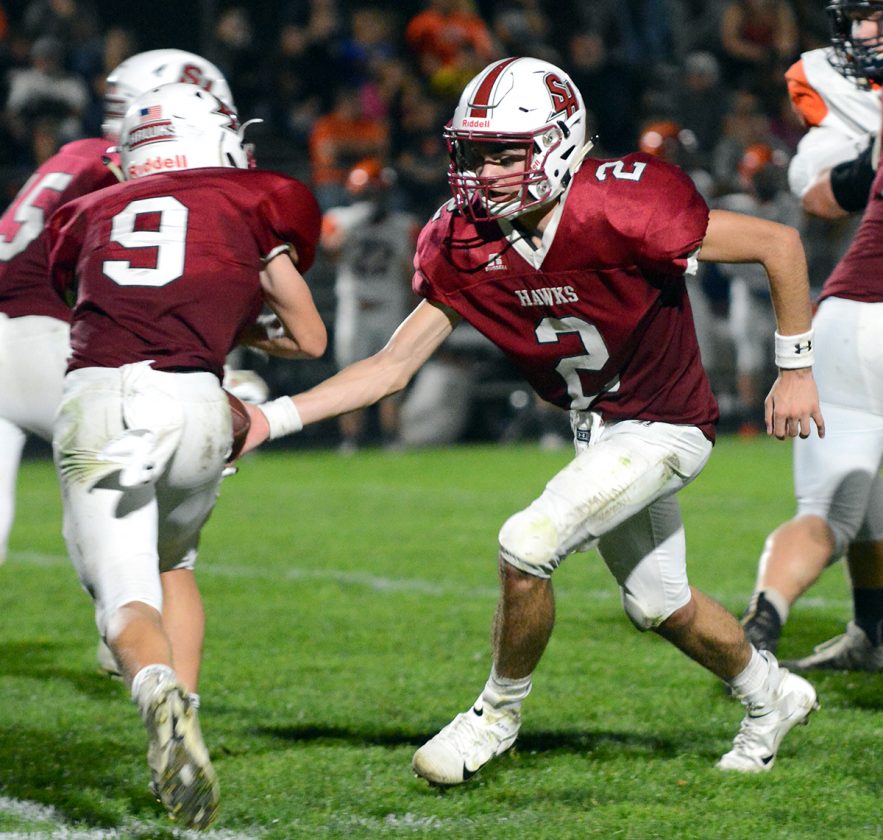 JEWELL — Truth time — it would take a miracle for the South Hamilton football team to reach the Class 1A state playoffs. Is it completely out of the realm of possibility? No. But it’s close.

So unless the miracle of all miracles occurs, the Hawks (5-3, 3-1 District 2) will close out the season this evening at Taylor Field against winless Eagle Grove (0-8, 0-4 District 2). Kickoff is set for 7 p.m.

South Hamilton head coach Corey Klemp admits he spent a brief amount of time trying decipher the RPI — his team currently sits at No. 23 — but the reality is his team still has a game to play. And that’s where the team’s focus lies.

“We’re just happy as hell to be playing another week of football,” Klemp said. “We’re going to compete and be as physical as we can possibly be. If something falls into place miraculously, then great, but we’re still going to play.”

Eagle Grove has dropped 18 consecutive games and — truth time again — it would take another miracle for that skid to end this evening. The Eagles have been outscored 398-48 this season — 215-8 against district opponents — and allow almost 50 points per game.

South Hamilton, meanwhile, can solidify the runner-up spot in the district behind sixth-ranked South Central Calhoun with a win. But the Hawks aren’t about to look past the Eagles, Klemp says.

“Nothing changes this week,” he said. “We’re not built on the type of character that if, well, there’s nothing to play for then we won’t play. We’ve had a great week of practice and we’re ready to go.”

Hawks’ fullback Cade Flaugh needs only an average performance to lock up the district rushing title. He enters this evening with 1,037 yards and 15 touchdowns. Halfback Trevor Thompson has generated 503 yards and seven TDs despite missing several games mid-season with an ankle injury.