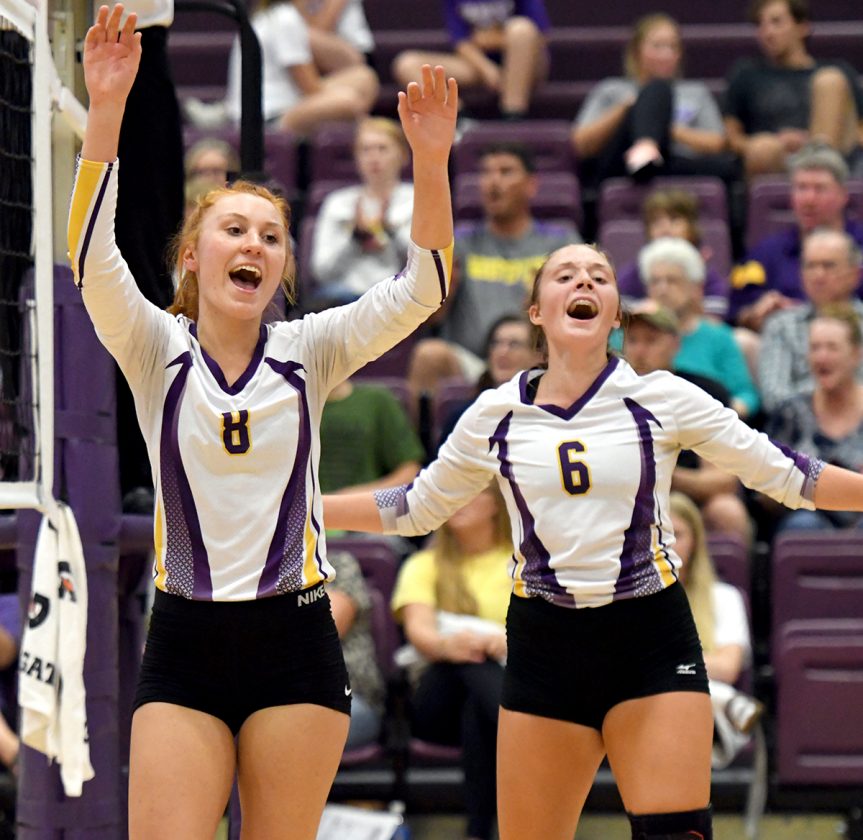 WEBSTER CITY — Grace Hoversten bristled at the nickname, but she better get used to it. She’s going to hear it quite a bit.

With every kill the lanky Webster City senior smacks, her teammates chant Go Big Red! It bellowed throughout the WCHS gymnasium, seemingly on repeat particularly late in the sets, Tuesday night.

Hoversten belted a team-high 10 kills and was even better defensively at net where she collected five blocks and altered a slew of other attacks to help the Lynx sweep Clear Lake, 3-0, in a North Central Conference match.

She’ll take the performance. As for the nickname, she’d rather leave that behind, but she knows that’s a battle she’ll most likely lose. 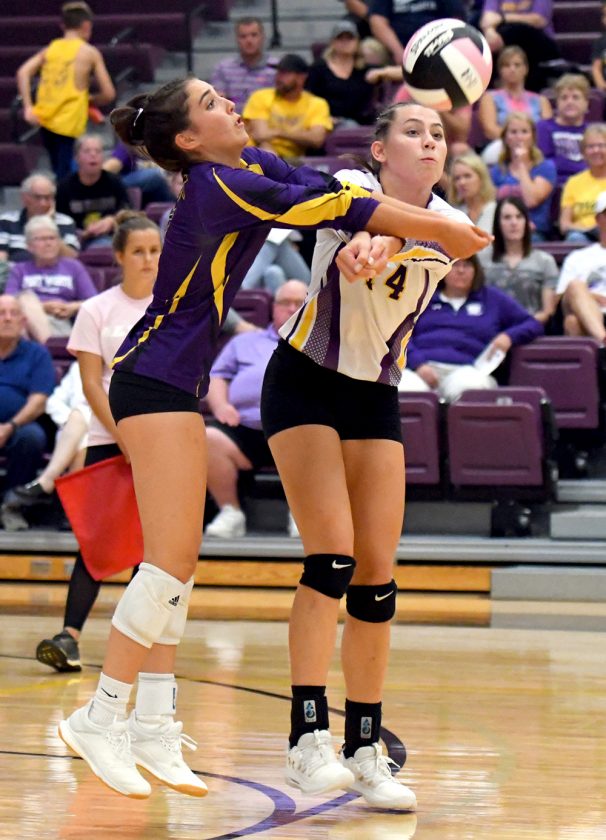 WCHS (10-5, 1-1 NCC) never trailed in the first and third sets, and never by more than two points in a back-and-forth second set. It wasn’t always pretty — an 11-1 Lions’ run turned what should have been a Lynx runaway into a nail-biter in the opening stanza — but head coach Jess Howard’s club shored up its play in critical moments to maintain the upper-hand.

“It got a little hairy in there at certain points within the games, but we did a good job of persevering and making sure we came out on top,” Howard said. “There were times where their servers controlled the game, so we just have to make sure we stay a little more consistent with our serve receive.”

Balance was key amongst the front row personnel. Morgan Gallentine rattled off eight kills, Adalie Schwandt smashed seven, and Haley Foster and Faith Anderson both lashed four. More importantly, they were all called upon in critical moments and proved to Howard that they’re capable of making plays.

“For them to stay consistent at net was big,” she said after her team registered a .162 kill efficiency. “Our (younger players) are getting used to the quicker offense. We still have a long way to go, but they’re starting to see what they can do at net for us.”

It was defensively where WCHS rattled Clear Lake (4-4, 0-2 NCC) though, particularly in the first set when the Lynx stormed out to a 20-8 lead behind an 8-0 run. The Lions made their own surge to close the gap, but a Jenna Miller ace and Gallentine kill put the set on the board for the Lynx. 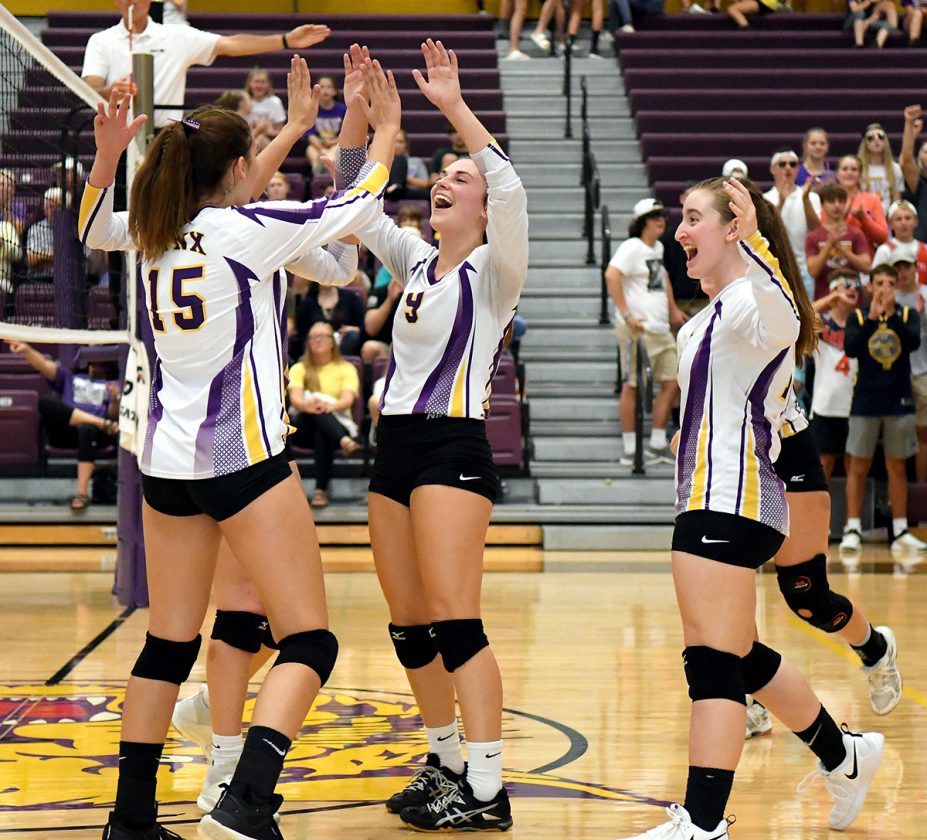 WCHS took the second-set lead for good at 13-12 on a Schwandt kill from the perimeter, and two blasts from Gallentine extended the cushion to five points a few minutes later. Hoversten took over from there with back-to-back blocks to give the Lynx set point. Reese Casey’s lone kill of the night put Clear Lake in a 2-0 hole.

“Our middles did a great job of covering their approach to a quick offense,” Howard said of Hoversten and Schwandt, who added 31⁄2 blocks.

WCHS gradually pulled away in the finale, as Hoversten and Anderson both hammered down three kills. Hoversten again was the catalyst as the Lynx closed in on the win with a kill and two blocks in a five-point stretch to make it 23-18.

Jenna Miller led the Lynx setters with 16 assists and Gallentine continued to showcase her versatility with 14 when she wasn’t swinging away on the outside.

Defensively, WCHS relied on its ace in the hole — sophomore libero Alayna Finucan. She piled up 28 digs, 21 more than any other Lynx player. Foster added seven and Kelly Stoakes stepped off the bench to produce five. 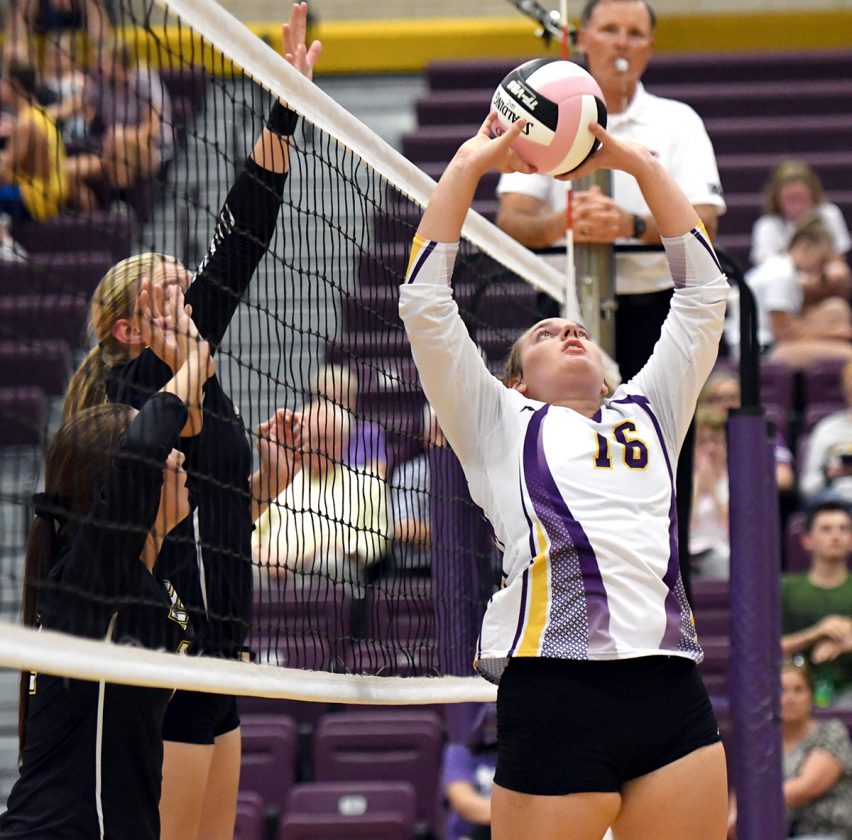 WCHS setter Jenna Miller (16) throws the ball up for an attacker against Clear Lake on Tuesday. She handed out a team-high 16 assists in the Lynx 3-0 win. DFJ photo/Troy Banning

WCHS will take more than a week off before it hits the road to take on Hampton-Dumont next Thursday evening. 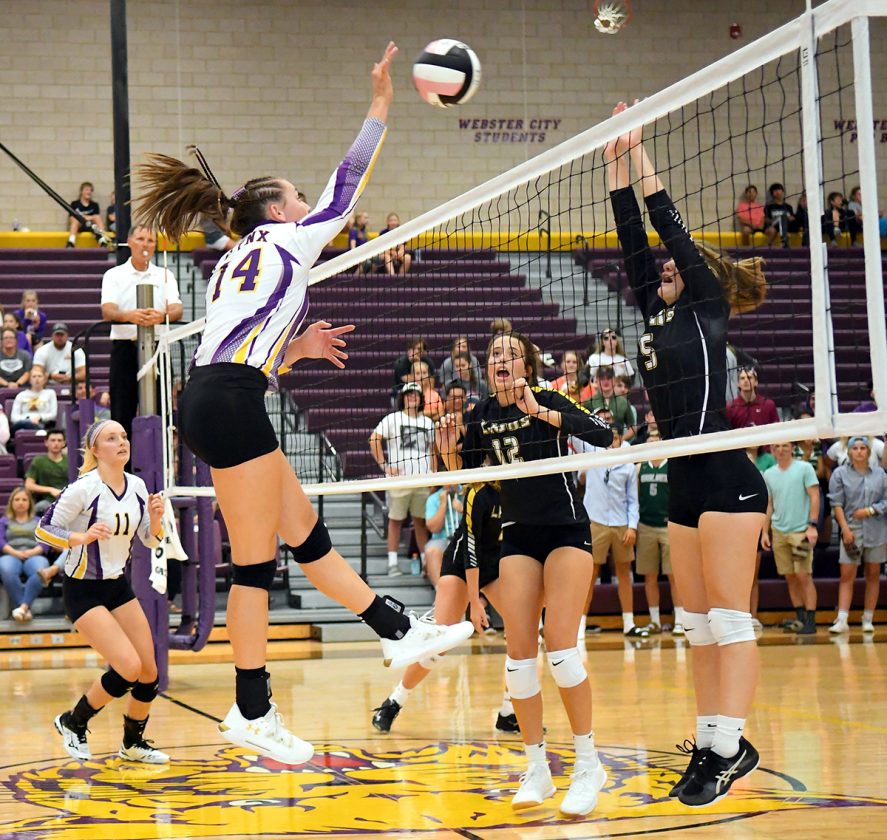 WCHS setter Jenna Miller (16) throws the ball up for an attacker against Clear Lake on Tuesday. She handed out a team-high 16 assists in the Lynx 3-0 win. DFJ photo/Troy Banning