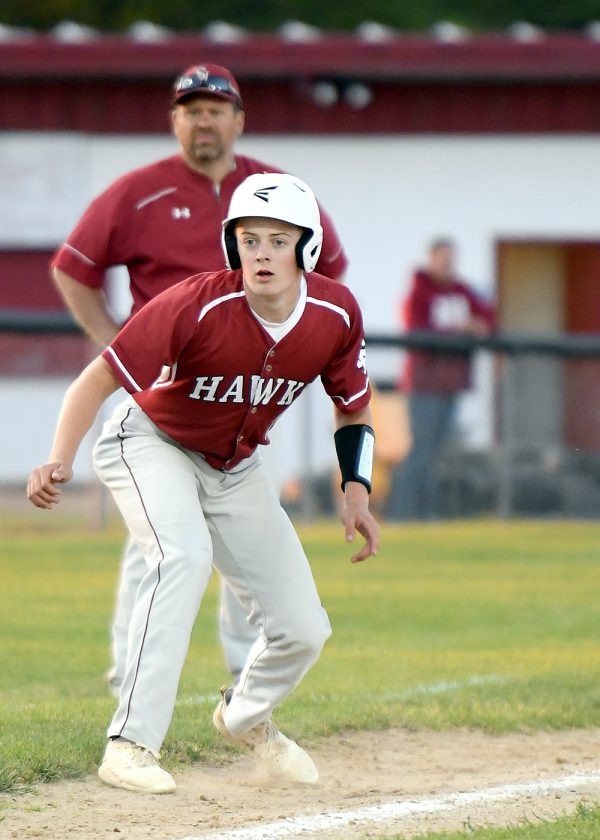 Hawks’ freshman Tycin Barkema leads off third after he drove in a run with a triple against the Rams. DFJ photo/Troy Banning

That’s what had to be going through the minds of the South Hamilton baseball players and fans Wednesday night as they stared at a three-run deficit and potential extension of the team’s losing streak to four.

Some spark, any spark, was needed. And leave it to a senior to provide it.

Cole Berg opened the bottom of the sixth inning by stretching a single into a double, and it set off a four-run outburst that pushed the Hawks in front to stay in a 4-3 win over Greene County at the Mike Penning Athletic Complex.

“(Assistant) Coach Cole (Swenson) told us we needed to break the ice and everyone would fall in,” Berg, who went 2 for 2 at the plate and took over on the mound in the seventh to pick up the save, said. “We broke the ice, everyone hopped in and we kept hitting them.” 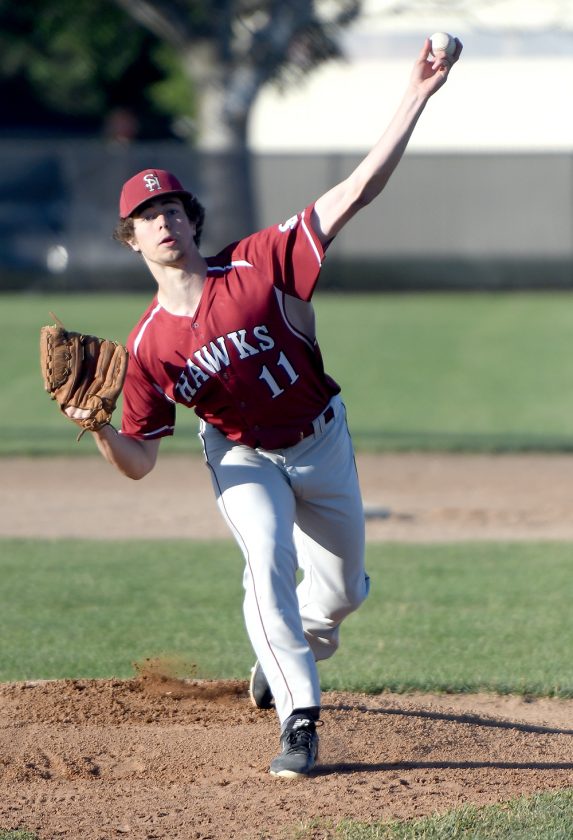 The comeback was big. The win itself was needed considering South Hamilton (5-3, 4-3 HOIC) had been outscored 31-3 in its last three games.

For one night anyway, order had been restored.

“This was huge and it’s a testament to the kids for the way they battled back,” South Hamilton head coach Kyle Galetich said. “We needed a spark and, quite honestly, we’ve been looking for a spark for the last week.”

Half of the Hawks’ eight hits and all four of their extra-base smacks came in the sixth inning. Tycin Barkema followed Berg’s lash with a gap shot that resulted in an RBI triple to trim Greene County’s lead to 3-1. Zeke Balderas followed by launching an RBI double to deep right field, and Brock Galetich provided the winning run later in the frame with his own RBI double.

“This just shows our team that we can come back,” Berg said. “Later in the season if we’re down, we know we’ve just got to keep fighting.” 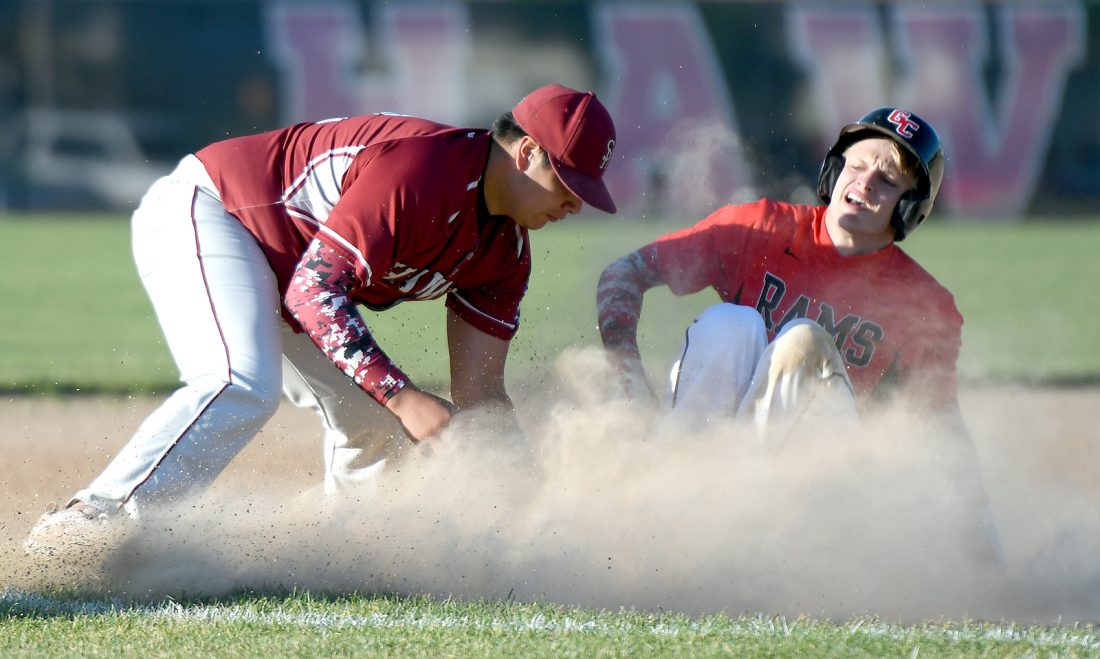 But Hewitt found his footing and took control over his final three innings of work. He allowed just three hits and struck out seven in four innings on the bump.

“He matured out there on the mound (on Wednesday),” Galetich said of Hewitt. “He could have hung his head, but he didn’t. He battled and if it wasn’t for his pitch count I would have left him out there with the way he was throwing.”

Freshman Elijah Balderas came on with the bases loaded in the fifth and quieted the Rams. He struck out two in two innings and earned the first victory of his budding career.

“Elijah pitched great,” Galetich said. “Coming in with the bases loaded, that’s a tough spot for a freshman, but he really held down the fort.”

Hawks’ freshman Tycin Barkema leads off third after he drove in a run with a triple against the Rams. DFJ photo/Troy Banning