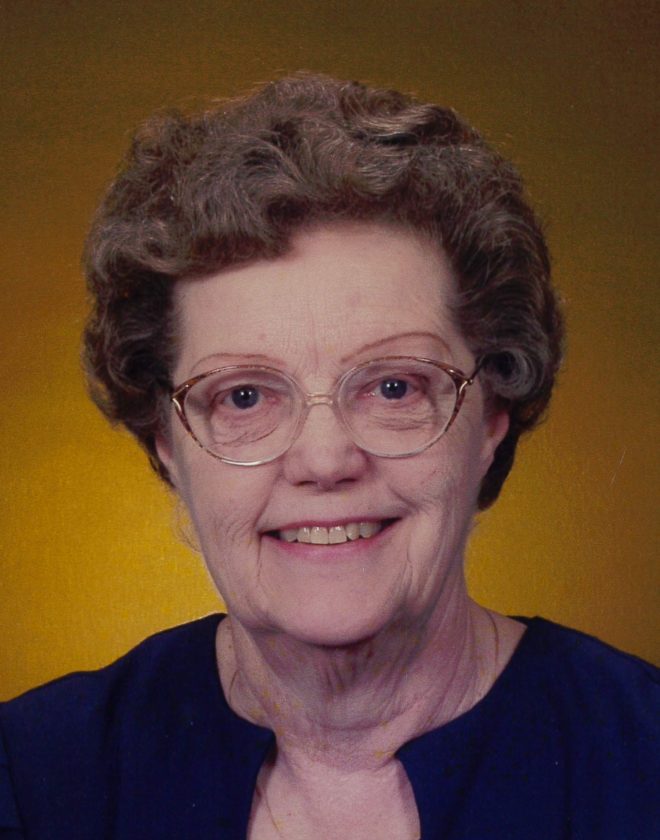 Kathleen “Kay” Jones, 90, of Webster City died Thursday, April 23, 2020 at Southfield Wellness Community. Due to the COVID-19 pandemic, the family will be having a public memorial at a later date. Foster Funeral and Cremation Center is entrusted with the services.

Kathleen May Jones, daughter of George and Mabel (Hoyt) McBride, was born August 1, 1929 in Iowa City. She graduated from Hampton in 1947. Kathleen was united in marriage on June 1, 1948 to Donald L. Jones at the First Baptist Church in Hampton. To this union five children were born. The couple later divorced. Kay worked for the Hamilton County Assessors office for 42 years.

She was an active member of First Baptist Church in Webster City where she had been a deaconess, trustee, and secretary.