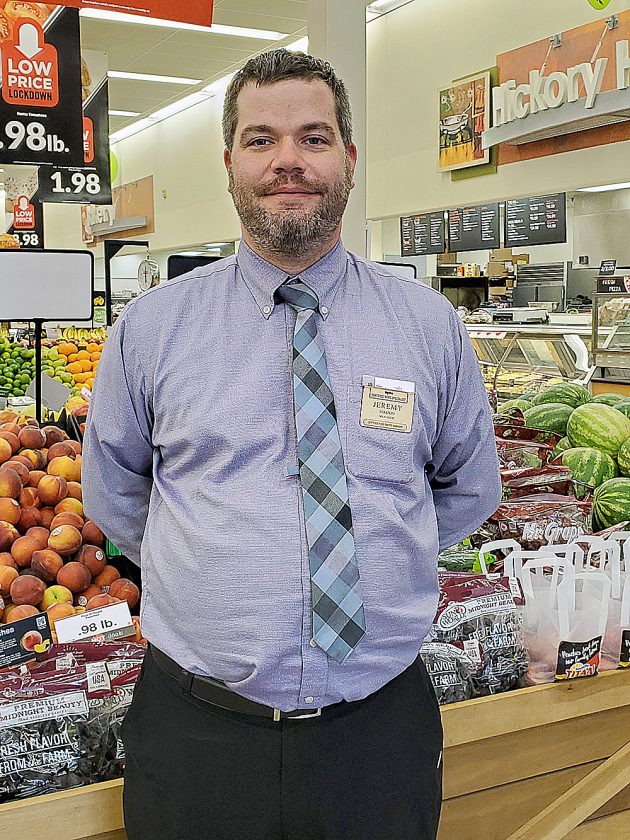 There’s a new face in the aisles of friendly smiles at the Webster City Hy-Vee Store. Jeremy Mahon is the new store manager and began his duties at the local store recently.

Originally from Omaha, Mahon has worked for HyVee for the past 16 years.

“I’ve worked in a lot of different places, from St. Joseph, Missouri to Kearney, Nebraska, Omaha and now here,” he said.

Mahon said he and his wife, Christina LeClaire, have three children, ages 12, 5 and 11 months. He said they all look forward to getting to know Webster City.

His first impressions of the community are very positive, Mahon said.

“It’s very clean and very friendly, which is awesome because its going to be a great place to continue to raise my family,” he said.

The COVID-19 pandemic has meant changes for grocery stores and other retail outlets. Mahon one of the most important tasks for people in leadership positions is to help his team understand how they can take care of themselves, their customers and the community.

“It is such a unique time and things are constantly changing,” he said. “(The staff) needs to understand not only what we’re doing, but also why.”