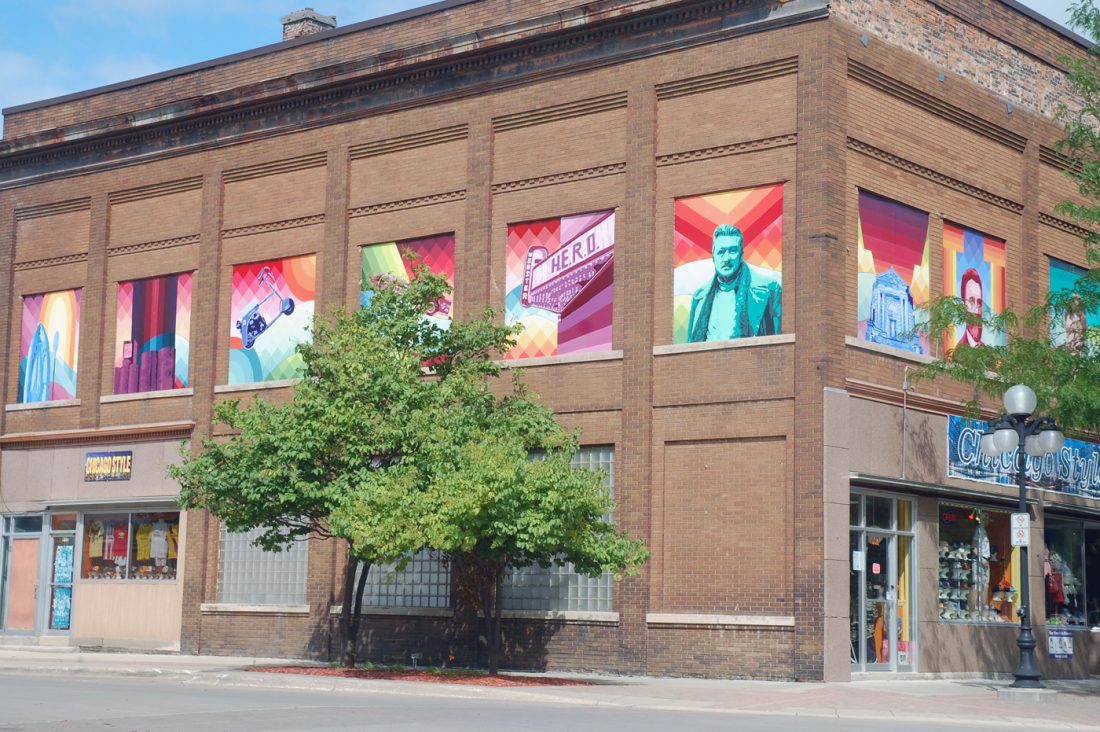 — Daily Freeman-Journal photo by Anne Blankenship
A ribbon cutting will be held at 5 p.m. tonight at the site of the new downtown murals and at the City Hall Plaza sculpture.

Local residents will have a chance to celebrate two new art installations Monday night at a ribbon cutting planned for 5 p.m.

Officials will gather at the northwest corner of Des Moines and Second streets for recognize the new mural panels installed on the second story of the building housing Chicago Style.

“We’ll have some folks from the University of Iowa, including the artist, Ali Hval, who did t the murals, and Dan Miller, who built the sculpture at City Hall Plaza,” said Lindsay Henderson, Webster City’s vitality director.

“I think the new provost of Outreach and Engagement will be here, too, as well as the students who helped with the project,” she said.

The event will begin at the murals and will then proceed to City Hall Plaza for a ribbon cutting at the new sculpture.

“We’ve also asked the University folks to stay for the council meeting that follows so that we can recognize them for their efforts,” Henderson said.

“It’s just a nice opportunity for the public to come out, meet the artist, ask some questions and celebrate these two incredible pieces,”she said.