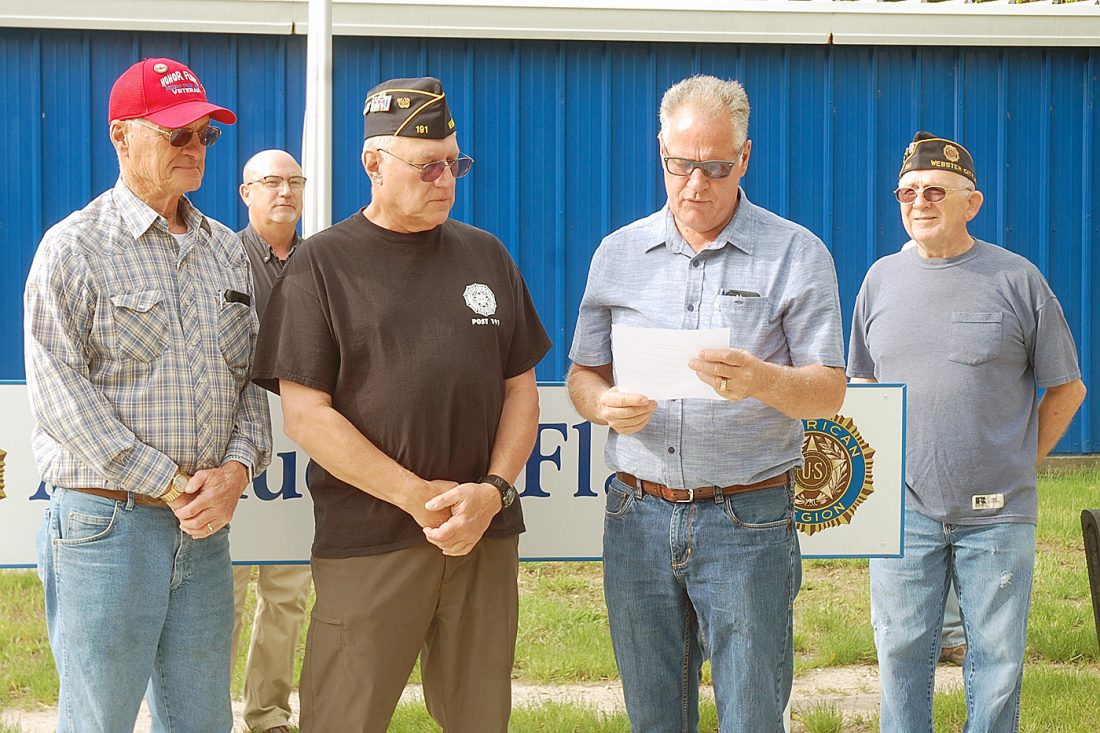 Mayor John Hawkins, second from right, reads a proclamation that proclaimed Monday, May 27 as the official Memorial Day observance for Webster City. Several members of American Legion Post 191 were on hand to witness the proclamation. Pictured, from the left, are Ron Keigan, Avenue of Flags chairman, Kent Harfst, acting city manager (standing in back), Legion Commander Rich Stroner, Hawkins, and Jerry Sonsalla. The American Legion will conduct observances at the Marshall Crippen Bridge, Cass Cemetery, the Boulevard of Valor and Graceland Cemetery on Monday morning.